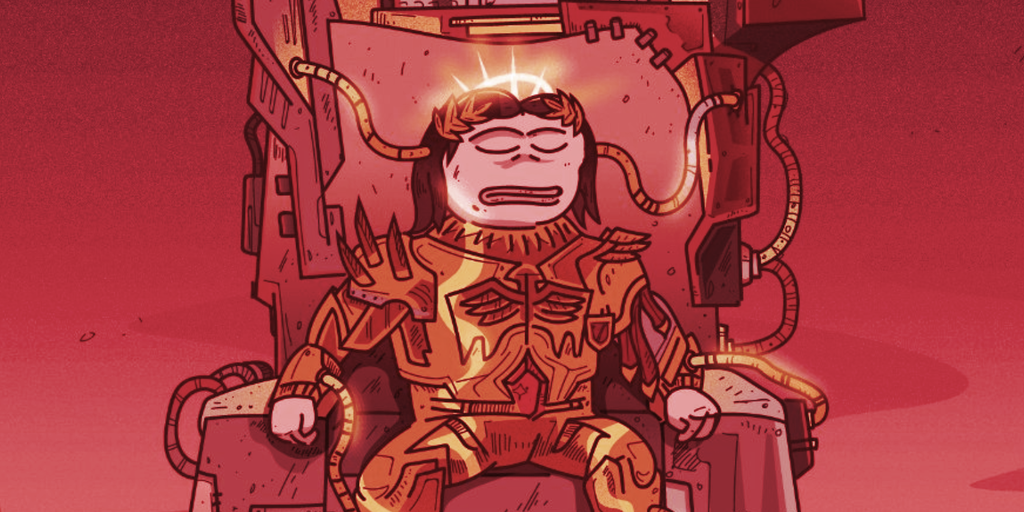 OpenSea shared word of the project delisting via its official Discord server yesterday, specifically stating that the company responded to the request from Furie.

“We know this is likely disappointing, and we don’t enjoy doing it—that said, we must comply with lawful takedown requests,” reads a message from OpenSea’s Discord moderators. “Creators that feel that their work should not be subject to a DMCA are welcome to file a counter-DMCA. We are unbiased and will follow whatever is lawfully required.”

The DMCA is the United States’ Digital Millennium Copyright Act, and copyright owners can submit DMCA takedown requests when they believe that their intellectual property (IP) is being unlawfully used by another online party. This often happens with online videos and games created within platforms like Roblox, and it’s happening in the NFT world too.

An NFT is a special type of token that functions like deed of ownership to a digital item as verified by a blockchain, and it can take the form of a still or animated image, video file, interactive video game item, and plenty more. In this case, the Sad Frogs District project comprises thousands of still images that are randomly generated from a pool of more than 200 visual traits.

All 7,000 original images were minted last week before secondary sales began on OpenSea and other platforms. The Sad Frogs District project had been “officially verified” by OpenSea prior to its delisting from the marketplace. According to data from NFT Stats, the project has generated more than $4 million in trading volume to date.

“If we receive a good-faith DMCA, we're legally required to take the content down, but if the person on the other end wants to dispute, they can send us a counter-notice,” OpenSea Head of Product Nate Chastain tweeted today.

It’s currently unclear whether this successful DMCA takedown request will apply to other Pepe-inspired NFT projects, of which many are still available on the OpenSea marketplace. Decrypt has reached out to OpenSea representatives about its response to the DMCA takedown request. We will update this story if we hear back.

Furie has previously targeted unauthorized use of the Pepe meme outside of the NFT space. Along with flourishing inside the crypto and video game community spaces, among others, the Pepe meme has also been adopted by members of the alt-right American political affiliation.

Pepe the Frog Reclaimed as an NFT by Creator

In 2017, Furie issued DMCA takedown notices to community message board Reddit and alt-right websites, demanding that they remove any Pepe-inspired imagery. Furie won a $15,000 copyright infringement judgment against Alex Jones’ InfoWars website in 2019, due to its unauthorized use of the Pepe meme.

Furie recently entered the NFT space himself, auctioning off an early cartoon of Pepe in April for 420 ETH, or just shy of $1 million at the time. He then launched an Ethereum-based series of NFT collectibles called PEGZ, inspired by the classic pogs game from the 1990s. According to OpenSea, more than 3,000 ETH (about $9.4 million) worth of PEGZ—which feature Pepe imagery—have been transacted on its marketplace to date.

“It’s been good to mark my territory with Pepe here, and show that Pepe is a character that I created,” Furie told Decrypt via email in June. Decrypt reached out to Furie today regarding the DMCA takedown request for Sad Frogs District, and will update this story if we hear back.

NFT artist Loafgren shared via Twitter what appears to be a copyright infringement notice addressed to the Sad Frogs District team by Furie’s legal representatives, WilmerHale. The letter suggests that the Sad Frogs District’s creation of what Furie believes are derivative works inspired by Pepe is unlawful, and specifically calls out the use of such imagery on Discord, Twitter, and OpenSea.

“Mr. Furie did not authorize and does not approve of the use of the Pepe image or character for Sad Frogs District,” the letter reads. It asks the project to cease the use of such imagery by August 20, and warns of the use of legal remedies if the project does not comply.

Sad Frogs District addressed the DMCA takedown notice in a tweet yesterday, explaining that the team sent a counter-DMCA request to OpenSea and was awaiting a decision. The project also retweeted someone pointing out that one of Furie’s PEGZ illustrations references Star Wars character Jabba the Hutt, suggesting hypocrisy from the Pepe creator.

Meanwhile he using Jabba the Hutt to sell his NFTs. pic.twitter.com/Dr4EYmDF2m

As with OpenSea and Furie, Decrypt has also reached out to the creators of the Sad Frogs District project and will update this article if we hear back. On the project’s official Discord, moderators shared a lengthier explanation of their perspective.

“We dispute the allegation of copyright infringement and believe that Sad Frogs is simply an extension of standard internet frog meme culture and in no way infringes on Matt Furie and his ‘Pepe’ artwork,” the message reads. “He is clearly attempting to crush basic freedom of meme expression that he capitalized on in the first place; more importantly he seeks the financial destruction of 1,900 frog holders.”

“FROGS STRONG TOGETHER,” the message concludes.