CryptoPunk Owners Have New Way to Make Money: Renting Out Their Avatars 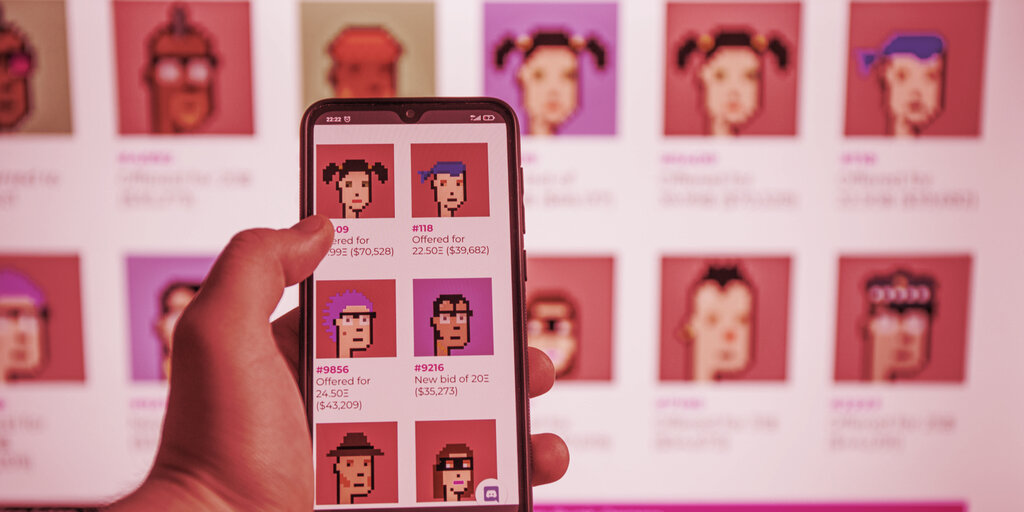 While interesting on a conceptual level, the new service has stirred a key question which strikes at the heart of the NFT sector: Why not just copy and paste?

WE ARE LIVE ON ETH MAINNET

You can now LEND and RENT #NFTs!

Join us in our Discord to watch us walk through the platform and answer any questions!

THANK YOU all for your support to this point and beyond, a big milestone for our entire team! pic.twitter.com/ldockBzI7c

“CryptoPunk owners sign a special transaction. This transaction follows the tenant rights protocol which gives sole permission to display the CryptoPunk as your Avatar for a fixed period of time up to 99 days,” explains the CryptoPunk.rent platform’s FAQ section. “Tenants may display as an avatar their rented punk on Twitter, Discord, NFT marketplaces, and any other social platform where punk users congregate.”

In other words, reNFT has created a licensing service of sorts that lets people borrow and display their punk avatars for a fee.

More people are going to start renting CryptoPunks to display as their profile pic for social signaling. Found out https://t.co/H7EGFsKg8J exists where owners can sign a transaction giving the borrower rights to display the CryptoPunk as their avatar for a fixed number of days pic.twitter.com/FacnYN7Gcb

Naturally, many have already pointed out that users can just save a CryptoPunk avatar as an image file and upload it on various social media platforms—so why should you pay for it?

According to CryptoPunk.rent, it’s because copying others’ NFTs is literally stealing.

Property rights of a JPEG

The rights of CryptoPunks’ holders are actually somewhat limited from traditional copyright laws’ point of view.

This is because when you buy a physical artwork, for example, this is exactly what you get—a physical canvas that you can put on your wall and enjoy. What you don’t get, however, is the intellectual property rights for the image itself—which usually remain with the original painter by default.

Speaking to Decrypt, Daniel Healy, a partner at full-service corporate law firm Anderson Kill, also pointed out that ownership of an NFT does not automatically imply ownership of the underlying intellectual property rights.

“There is a difference between the CryptoPunk image creator (who would own the copyrights not transferred to the NFT buyer) and the purchaser/owner of the NFT (who would own the token and a copy of the image). Also, it is generally recognized that a buyer of a painting does not acquire the copyrights in the painting, but has the right to display the copy purchased,” Healy said.

Indeed, according to the U.S. Copyright Office, “the author is also the owner of copyright unless there is a written agreement by which the author assigns the copyright to another person or entity, such as a publisher.”

Thus, it’s the NFTs’ creators—blockchain startup Larva Labs in this case—who are the true owners of the CryptoPunks’ intellectual property. This means they have the legal rights to stop certain uses of their artworks, said Healy.

The Cheapest CryptoPunk You Can Buy Is Now More Than $100,000 in Ethereum

“Probably Larva Labs paid for the programmers to create the images and/or the two owners from the start set up the copyright ownership in Larva Labs. In either of those cases, Larva Labs would hold the copyrights to the images for which the NFTs are sold,” he said. “Unless the purchase agreement for the NFT included an assignment of some of the copyrights.”

Healy added that it is much less clear what rights the NFT purchasers actually have—unless they were spelled out in the purchase agreement.

For either party, a copyright violation boils down to unlawful copying and copyright owners can potentially claim statutory damages.

Is it illegal to copy an NFT?

The purchasers/holders of CryptoPunks can likely loan or rent out the image and token they purchased, much like the owner of a painting could let someone else display that copy.

But unless they acquired copyrights in the purchase, they would not be able to rent or loan multiple copies.

This is also somewhat reflected in CryptoPunk.rent’s FAQ that asks lenders to “refrain from using their own punk on [social] platforms while a tenant has rights to a punk.”

“The renter could only ever have the rights the NFT purchaser has, which likely is only a right to display. So making commercial use would have to fit within narrow limitations on use, but I’m not sure I could completely rule it out,” said Healy.

So, can saving an image of a CryptoPunk be considered theft?

“It is probably not how most IP lawyers would describe it, but it is taking or theft of intellectual property. There is already an enforcement industry for images and music that is used without paying a license fee. YouTube has long been a place for them to find infringers. Right-clicking and taking a copy is literally copying something that is protected by copyrights,” Healy argued.

“I would expect NFT owners to pursue infringers, especially when the NFT sales are for so much money, '' he concluded. “The question may be whether the holders of the copyrights do pursue them. They may need to [pursue] in order to sustain the market value.”