Can Circle Win the Stablecoin Wars? 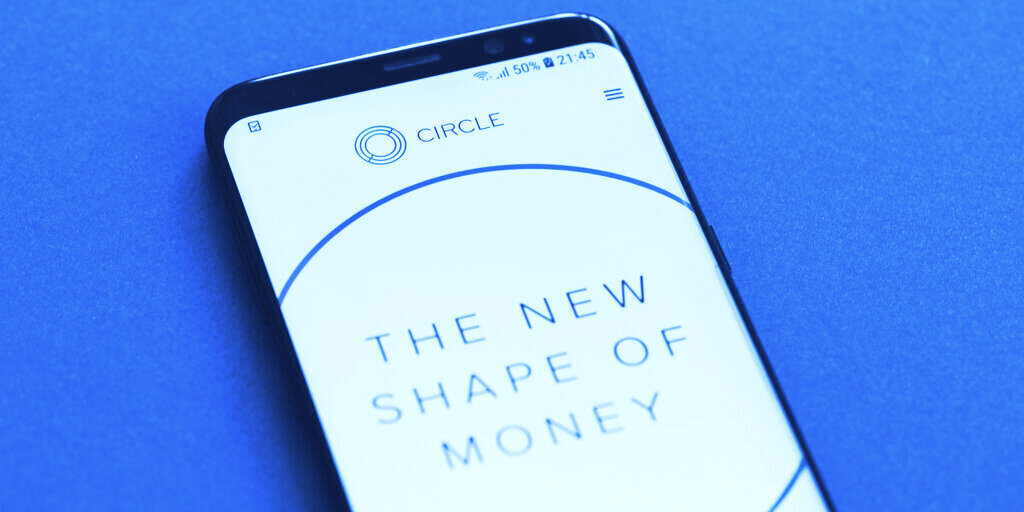 Circle CEO Jeremy Allaire has big plans for his company and for USDC, the stablecoin it operates. In a blog post this week, Allaire wrote that Circle intends to become a federal bank and that he expects USDC to "grow into hundreds of billions of dollars in circulation."

Allaire's comments come at a time when stablecoins—digital tokens pegged to a national currency—are having a moment. Long popular among crypto traders as a way to get in and out of volatile positions, the traditional financial system has also begun to embrace stablecoins as a more efficient means of moving money around.

Right now, the market is still dominated by a stablecoin called Tether. But there are numerous competitors and Allaire sees an opportunity for USDC, currently number two by market cap, to take the lead at a time when U.S. regulators are scrutinizing Tether's unusual accounting practices. Circle, however, has regulatory and business worries of its own—a situation that makes Allaire's plans to make USDC the king of stablecoins more fraught than it appears.

How stable is Circle's stablecoin?

Stablecoins are popular with users because they offer the same convenience as other blockchain-based currencies like Bitcoin but without the volatility. And for the dozens of companies that issue them, stablecoins offer an easy way to make money.

When people use their dollars to buy stablecoins, companies like Tether and Circle don't pay any interest. Instead, they use those dollars to create reserves to back the stablecoins—reserves that can earn a profit for the companies. Circle, for instance, says it expects to make $40 million this year off its USDC operations.

But this opportunity comes with a dilemma: how aggressively should a stablecoin company invest those reserves? Putting the reserves in things like bonds or commercial paper means higher yields, but also means a stablecoin might be less stable than a company lets on.

When Circle disclosed last month that USDC was not backed by cash on a 1-to-1 basis, as the company has long promised, competitors pounced. Smaller rival Paxos published an illustrated blog post to claim USDC was not a true stablecoin: As the graphic shows, Circle is partially backing its stablecoin with assets such as bonds and commercial paper that are not cash or cash equivalents.

"They are seeking the highest possible yield. The question is are they putting consumer assets at risk by pursuing that yield?" Paxos' top lawyer, Dan Burnstein, told Decrypt.

Circle's Chief Strategy Office, Dante Disparte, shot back. In an interview, Disparte blasted the Paxos claims as a meaningless "purity test," and declared, "We're not going to dignify the Paxos article with a response."

According to Disparte, the entire stablecoin industry is poised to be regulated heavily and Circle will ensure USDC complies with any rules issued by the U.S. Treasury Department or other agencies. He declined to say, however, whether Circle plans to change its reserve mix.

This raises the question of whether Circle really is putting consumer assets at risk, as Burstein suggests. At first blush, it seems Burstein might be overstating the case: The non-cash assets Circle is using to back USDC are relatively safe—they're not junk bonds, alt-coins or something that could blow up any minute.

What Are Stablecoins and How Do You Use Them?

But that doesn't mean there is no risk. According to JP Koning, a former bank analyst who writes about stablecoins, the issue is what would happen in the case of a banking crisis like the ones in March 2020 or November 2008.

In such a crisis, consumers might rush to convert their USDC back to cash, and in turn force Circle to sell its assets to meet redemption requests. If that happened, says Koning, Circle could be forced to sell those assets below market value, or might not be able to sell them at all. This would cause the price of USDC to fall below $1—and cause Circle's stablecoin to become unstable.

If there is a fresh crisis, it's also likely that a run on stablecoins would be faster and more severe than in traditional markets. As a recent paper notes, this is because a rush to redemption in the case of stablecoins would take place in hours or minutes rather than over several days. Meanwhile, such a crisis could be triggered by broader events or by something particular to stablecoins—such as the discovery of a bug in a stablecoin's protocol.

These are just theoretical concerns for now, but it's telling that Circle's partner Coinbase has quietly removed language from its website that stated each USDC was backed by "one US dollar, which is held in a bank account." The word change is likely a move by Coinbase to stave off lawsuits, but also reflects that USDC is not the fail-safe investment Circle had promised.

Circle is in the process of going public, meaning that it must persuade investors that its USDC business is safe and growing. This is likely why the company declared its intentions to become a federally chartered bank—a status that would help allay potential investors' fears about regulatory risk.

Right now, Circle operates by means of state-based money transmitter licenses, a model used by numerous other financial companies, including PayPal. Other stablecoin issuers have adopted different legal strategies: Paxos and Gemini, for instance, are relying on a stablecoin regime devised by New York state, while Tether has pursued a wildcat model that involves operating overseas.

What all of these models have in common is that they require the stablecoin issuers to carry little in the way of excess capital on top of their reserves. This is very different from traditional banks, which typically must carry a "capital cushion" of 8% and often even more. The idea of the cushion is that, in the event of a crisis, banks can take a loss on some of their assets but still have more than enough money on hand to meet redemption demands.

If Circle goes forth with its plans to become a national bank, it could well be forced to carry such a capital cushion too. This could be a tall order, especially if it is also forced to replace the commercial paper and bonds in its reserves with Treasury Bills that carry a near-zero return.

Where would Circle get the cash to create that 8% buffer? The company raised $440 million in outside investment this spring, a portion of which could be used to set up a capital cushion. But in the longer term, it's not clear how Circle would make enough money from its stablecoin operations to maintain that cushion and pay for its day-to-day operations.

Disparte, the Circle executive, expressed confidence about the company's future business prospects, pointing out that USDC is just one of its money makers—Circle also runs a "transaction and treasury" business that it expects to brings in $60 million this year, and also owns a profitable crowdfunding platform called Seed Invest. Disparte also noted that receiving a bank charter would give Circle access to the discount window at the Federal Reserve, providing it a reliable source of cheap liquidity.

Furthermore, Circle already enjoys partnerships with payment giants Visa and Mastercard, which shows how much traction the company has gotten in the mainstream financial world.

But uncertainty still looms over Circle, especially as its plan to be a bank is only that—a plan. The company has only declared its intentions; it has yet to file the paperwork. Meanwhile, the Federal Reserve is planning to drop a major report on stablecoins next month, which could dramatically change how Circle and other stablecoin issuers operate—perhaps by forcing them to change the structure of their reserves.

This doesn't mean that Circle won't succeed in its plans to win the stablecoin wars. Only that a lot of things will have to go right for that to happen.