What is Proof of Work? How The Bitcoin Network Is Maintained 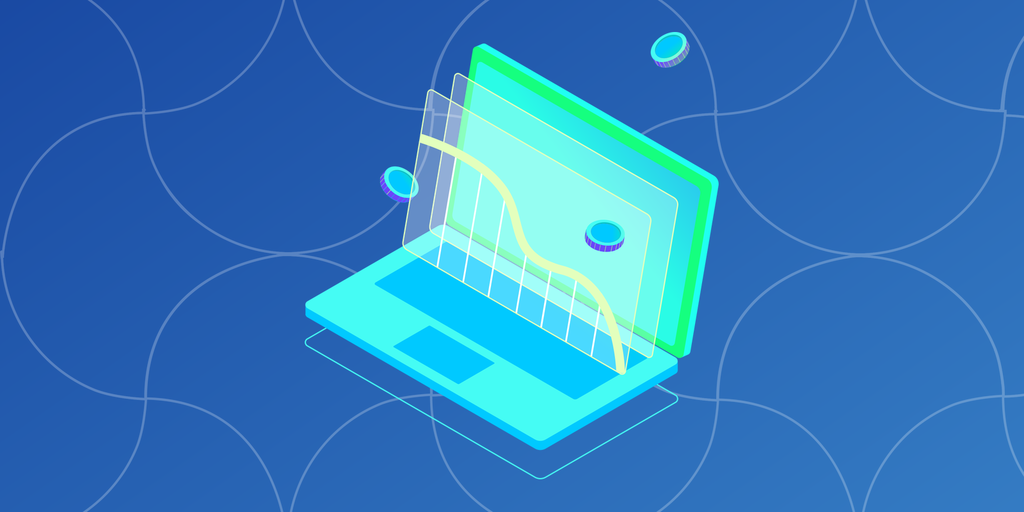 The blockchain technology that powers Bitcoin and many other cryptocurrencies is essentially a database, but it’s far different than any typical, centralized ledger. It’s decentralized and powered by peer-operated nodes distributed all around the world, with no supervising authority to call the shots or set the rules.

So how do you secure a decentralized network and ensure that everyone agrees on the contents of the ledger? That's where Bitcoin's proof of work consensus algorithm comes in.

In combination with public key cryptography, the proof of work consensus algorithm secures the distributed ledger and protects the network from “double spend” attacks, all while adding new blocks of transactions to the chain and generating BTC rewards.

What Makes the Bitcoin Blockchain Secure?

Proof of work is essential to Bitcoin’s continued operation, but its energy consumption has received considerable scrutiny and some other cryptocurrencies have embraced a very different proof of stake model instead. Here’s how proof of work functions, why it’s necessary for Bitcoin, and what the drawbacks are.

What is a consensus mechanism?

Unlike a traditional database overseen by an administrator, a public blockchain is a peer-to-peer decentralized network that any participant can potentially contribute to. Consensus is essential for such a distributed network to function, given the potentially thousands of node operators: they must all agree on the state of the network for it to work properly.

A consensus mechanism is the process by which the network reliably and automatically determines which participant’s submitted block—which is a record of recent transactions—will be added to the chain, thus minting and rewarding them with new cryptocurrency in the process.

What is proof of work and how does it work?

Proof of work is the consensus mechanism designed for Bitcoin by its creator, Satoshi Nakamoto. A similar model has been employed by Ethereum, Litecoin, Dogecoin and other cryptocurrencies since then. In the proof of work model, miners run hashing software on their computers, which harnesses their hardware’s power to solve complex math equations.

Ultimately, the math is arbitrary: miners are doing work for the sake of it, to spend precious computing resources in exchange for a potential reward. It's an intentionally difficult process to prevent potential attacks on the network, but that means that more powerful computers have an advantage. From the early days of the Bitcoin network, there's been an "arms race" among miners, who initially used their computer's CPU to mine Bitcoin, before moving on to high-end graphics cards and finally dedicated ASIC mining hardware.

"Proof-of-work has the nice property that it can be relayed through untrusted middlemen."

Bitcoin users broadcast transactions to the blockchain, and miners collect them up in a block and compete in proof of work to be the first to solve the equation via a process called hashing. The miner or mining pool whose block is accepted earns Bitcoin as a reward. The reward is currently set at 6.25 BTC; it was originally 50 BTC and halves every four years. This process repeats every 10 minutes or so, as new blocks are written and new Bitcoin is effectively minted and awarded.

Bitcoin’s mining process is derived from Hashcash, a proof-of-work system invented by Adam Back in 1997 to fight email spam and denial-of-service attacks. Back, an early Bitcoiner, has denied that he is the cryptocurrency's creator, Satoshi Nakamoto.

Why is it important?

Proof of work is a critical component of the Bitcoin network. Without such an energy-intensive process, it would be easy for bad actors to attack the network and “double spend” Bitcoin. That’s called a 51% attack, in which a mining group commands a majority of the network’s total hash rate (computing power), thus allowing it to manipulate blocks and take advantage of the system.

"The proof-of-work chain is the solution to the synchronisation problem, and to knowing what the globally shared view is without having to trust anyone."

However, because Bitcoin’s proof of work is so resource-intensive, it’s nearly impossible for any miner or group to command that much total power.

Which cryptocurrencies use proof of work?

Proof of work is the dominant consensus model among cryptocurrencies, with the two largest coins—Bitcoin and Ethereum—both using it, along with other coins like Litecoin, Dogecoin, Bitcoin Cash, and Monero.

Ethereum is currently in the process of transitioning from proof of work to a proof of stake model with its Ethereum 2.0 launch.

What are the disadvantages of proof of work?

The biggest disadvantage of Bitcoin’s proof of work model is the sheer amount of energy required for mining. Digiconomist suggests that the entire Bitcoin network has a carbon footprint comparable to the country of Morocco, and electric car maker Tesla cited the environmental impact of mining when it decided to stop accepting Bitcoin payments in May 2021.

Given the value of Bitcoin and the rewards at stake, it’s no surprise that this is a heavily contested and controversial topic. Bitcoin advocates often suggest that such estimates of its energy usage are misleading or overstated, or counter that banks and centralized payments services don’t receive the same level of scrutiny.

Some believe that Bitcoin mining incentivizes the use of renewable energy, or suggest that Bitcoin mining uses generated energy that otherwise would have been wasted. The debate isn’t so much focused on whether Bitcoin mining expands a huge amount of collective energy—it does, and that’s by design. It’s also critical to maintaining Bitcoin as the protocol currently operates. Rather, much of the debate focuses on the types of energy being used and whether it’s worthwhile. Bitcoin miners and fans, unsurprisingly, believe that it is.

Also, much to the chagrin of gamers, mining for cryptocurrencies such as Ethereum has sparked immense demand for powerful PC graphics cards (or GPUs), causing widespread shortages and price increases. That's led manufacturers to weaken the mining capabilities of their graphics cards to make them less desirable to miners.

While the immense scale of Bitcoin’s network means a 51% attack is likely impossible, that’s not true for smaller proof of work blockchain networks. Both Ethereum Classic and Bitcoin Cash faced such attacks in 2020, for example.

Proof of work vs proof of stake

Amidst concerns around the energy consumption of proof of work networks, an alternative consensus mechanism has taken root in the blockchain industry: proof of stake. A proof of stake system relies on validators to hold a large amount of the native cryptocurrency within the network, and those users validate transactions and earn rewards.

What is Proof of Stake? How it Differs From Proof of Work

Coins like Cardano, Algorand, Cosmos and Binance Coin all use some form of proof of stake model. As mentioned earlier, Ethereum is currently transitioning to that approach with its Ethereum 2.0 upgrade; the new network is estimated to consume 99.95% less energy than the current one.

Proof of stake doesn’t require high-powered computers or mining rigs, so the overall network uses vastly less energy than a proof of work system. On the flipside, detractors claim that proof of stake models help the “rich get richer,” since validators must stake a huge amount of coins to participate, and that it incentivizes users to not spend their coins.