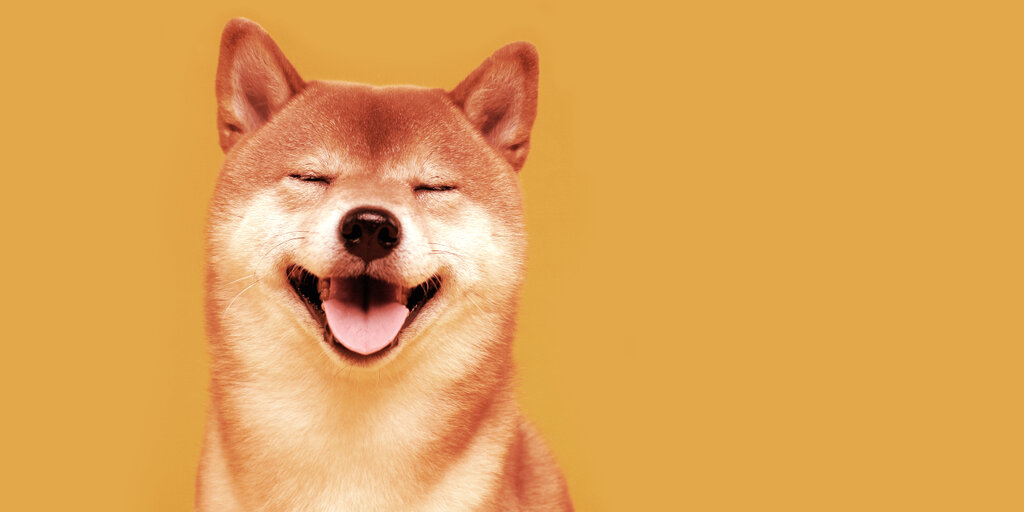 Is there room for more than one dog coin in the crypto pack? Dogecoin (DOGE) has been on a tear so far in 2021, rising from a price under $0.01 for most of January to an all-time high of $0.68 set last week, according to Nomics. But there’s a new pup coin on the scene, and it has blown up in recent days.

Shiba Inu (SHIB) is its name, and the ERC20 token running on the Ethereum network is rapidly making waves as an alternative investment to Dogecoin. You might call it a knockoff of a meme coin, especially since the “doge” in DOGE is actually a Shiba Inu breed, but SHIB’s recent gains are no joke.

According to CoinGecko, SHIB’s current price of $0.00003262 (as of this writing) is a 39,357% increase from where it stood 30 days ago, and it has seen a 1,951% jump in the last week alone. CoinGecko doesn’t provide a market cap or ranking for SHIB just yet, but CoinMarketCap points to a market cap of nearly $13.2 billion, making it the 17th most valuable cryptocurrency by that criteria.

SHIB is up more than 2 million percent since its inception (July 31, 2020 via CoinMarketCap), well above even Bitcoin or Ethereum’s rise since their respective starts.

That’s wild for a coin that seemingly came out of nowhere. While still well short of Dogecoin’s current market cap of $65.5 billion, making it the 4th most valuable coin as of this writing, Shiba Inu has also seen wilder gains of late. After all, Dogecoin’s price is only up 687% over the last 30 days, per CoinGecko, and barely 14% in the last week. SHIB buyers seem to be looking to duplicate the kind of rapid and sizable returns that DOGE has provided at times this year.

Where can you buy SHIB?

SHIB can be purchased via exchanges such as Binance, Huobi Global, and OKEx, which are not available to US residents. It’s also traded on decentralized exchanges (DEX), such as Uniswap, 1inch, and 0x. None of the exchanges accept USD for SHIB, only other cryptocurrencies such as Tether (USDT), Binance USD (BUSD), or Wrapped Ethereum (WETH). That makes it more difficult to purchase than some other cryptocurrencies, since you will need to purchase another coin or stablecoin before trading that for SHIB.

SHIB’s price jumped in the last few days after being listed by Binance following apparently immense user demand. Binance CEO Changpeng Zhao tweeted on May 10 that the exchange “ran out of ETH deposit addresses due to SHIB today” and that it had “never happened before for any other ERC20 coin.”

But while Binance stands to gain from the surging trading volume, even its CEO was wary of the potential risk ahead. “Not endorsing it. Super high risk. [Not financial advice],” he tweeted.

Some have voiced concerns about $SHIB listing. We follow users. There is a large number of users demanding it, to the point where we ran out of ETH deposit addresses due to SHIB today. Never happened before for any other ERC20 coin.

What’s the story behind SHIB?

Besides an Ethereum-based meme coin and Dogecoin challenger, what exactly is Shiba Inu? According to the official website, SHIB was created as an “experiment in decentralized spontaneous community building,” and is the first of multiple planned dog-themed coins. LEASH is another token that was released, albeit in limited quantities, and has seen massive gains (via CoinMarketCap). Meanwhile, BONE is an upcoming “Dogecoin killer” that will launch alongside the ShibaSwap decentralized exchange (DEX). There’s even a “woofpaper” (whitepaper) detailing the team’s plans.

A total of 1 quadrillion SHIB have been minted, and the anonymous developers behind Shiba Inu sent more than half of the total supply, just over 505 trillion SHIB, to the address of Ethereum co-founder Vitalik Buterin. The developers treat that amount as having been “burned” or taken off the market, potentially boosting the value of the tokens still available for trading, but Buterin has access to his received holdings.

If a lot of this seems ridiculous or even nonsensical, you’re probably not alone in that thinking. But Dogecoin was long considered a “joke” cryptocurrency before it became 2021’s breakout coin and the talk of fans like Mark Cuban and Elon Musk. Can Shiba Inu follow a similar trajectory? At least when it comes to startling price surges, it’s already happened.

But for anyone looking to make their crypto millions on SHIB, the task becomes all the more challenging the higher the price rises. It’s already sitting at a $13 billion cap, which means even a 10X return from a purchase today would require the market cap to balloon to $130 billion, flipping Binance Coin (BNB) as the third-most valuable cryptocurrency in the market. The crypto market might seem nuts, but it’s not that nuts… right?