How Hedge Funds Are Changing the Crypto Landscape 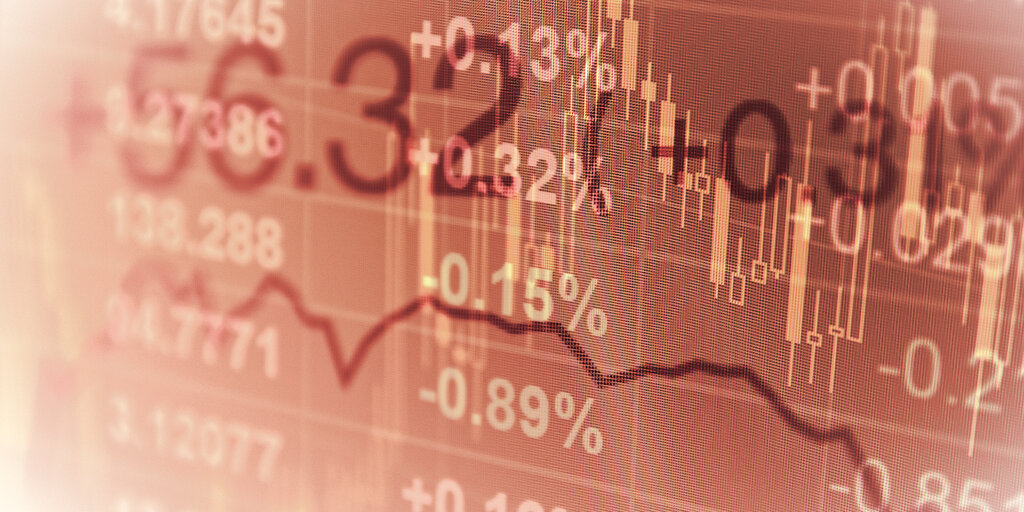 Since the market crash of March 2020, hedge funds have poured into the world of cryptocurrencies in search of profits.

Some of the world’s biggest, Galaxy Capital, Grayscale, and Pantera dominate the crypto hedge fund market, which combined has around $60 billion at its disposal from clients who want exposure to the world of Bitcoin and Ethereum without having to go through the process of buying and HODLing it themselves.

While this is hardly surprising given Bitcoin’s price has more than doubled in the last 12 months, what’s particularly interesting about this group of investors is how their behavior is changing the crypto landscape. While many early crypto investors saw acquiring cryptocurrency as a way of supporting their favorite ecosystems - and benefitting from a rise in prices - hedge funds have no such loyalty when it comes to profits.

So far, in 2021, crypto hedge funds are up 116.8% in the first quarter, outstripping Bitcoin’s 104.2% return, according to Eurekahedge. How? By betting and in some cases, helping the price of Bitcoin go down, and profiting from the price movement.

As hedge funds get larger, so their ability to influence what is a relatively small market when it comes to circulating supply.

What is a Crypto Hedge Fund?

While the majority of day traders bet their own money on being able to predict the price of Bitcoin, hedge-funds are different. Hedge funds are essentially money managers for ultra high net worth individuals and institutional investors.

To be worthy of giving your money to a hedge fund, you need to have a net worth of $1 million (excluding your home) and earn roughly $300,000 a year - but that amount varies according to where the investor is based.

These fund managers then have full autonomy over what they choose to invest in. Perhaps the most famous example was Michael Burry, the eccentric hedge fund manager played by actor Christian Bale in the 2015 movie The Big Short.

Burry had complete control over investor money and bet a billion dollars on the housing market collapsing. In this instance he was right, but his investors weren’t happy because they had little power to stop him.

If Burry ran a mutual fund, for example, he would have been regulated by the Securities and Exchange Commission, would have had limitations on his investment strategies, and would have to comply with rules and regulations over reporting what he was doing. Instead, he was free to dabble in no holds barred trading. And it’s characters like Burry that are running the growing list of crypto hedge funds.

These hedge fund managers are different from other financial entities like Grayscale’s Bitcoin Trust. The investment company has created a digital currency investment product that individual investors can buy and sell in their own brokerage accounts. It's registered with the SEC, and it shares its reports with the Commission on a regular basis.

Pure hedge-funds aren’t encumbered by such regulatory red-tape. Instead, they are considered a high-risk, high-reward investment vehicle not for the faint-hearted.

As more hedge fund managers join the digital currency stampede, the early days of simple long bets on assets such Bitcoin, ether, or ripple are making way for more sophisticated asset-linked strategies, including swaps, futures, and options indexed on cryptocurrencies, and punts on income generated by the underlying technology, said Lyxor Asset Management.

With that growing sophistication comes a number of shifts in the crypto landscape.

A different type of investor

The makeup of these crypto hedge funds, according to a report published by PwC is:

About half of crypto hedge funds trade derivatives (56%) or are active short sellers (48%). Derivatives trading is used by traders to speculate on the future price movements of an underlying asset, without having to purchase the actual asset itself, in the hope of booking a profit.

Short sellers meanwhile are funds that take short-term investment horizons and purposely bet the price of a cryptocurrency will go down. The make-up of hedge funds is important, as it highlights the purpose and methodology they take when entering a market.

Volatility is a hedge fund’s friend

Bitcoin’s price volatility, an indicator of how much the price of the asset swings by, spent most of 2020 hovering around 2.5%. Since the bull run however, it’s crept up, to as high as 6% in March and April of this year.

“Without that volatility,” said Raoul Pal, the former Goldman Sachs hedge fund manager, “you can't have compounded annual returns of 230%. Volatility is your friend on this occasion.”

That’s what makes crypto so attractive to risk-hungry hedge funds, who make their living from market swings.

Demand for Bitcoin is speculative and emotional, and not necessarily based on fundamentals such as adoption of virtual currencies as an everyday payment method. And supply can be squeezed artificially, not just algorithmically.

It’s why hedge funds have poured in. Brevan Howard, one of Europe's largest hedge funds, announced last month it would allocate a percentage of its $5.6 billion fund to buying Bitcoin. It joins the likes of Galaxy Digital - run by Mike Novogratz - and Tudor Investment Corp - run by Paul Tudor Jones who have quietly bought hundreds of millions of Bitcoin, effectively squeezing supply.

An estimated 60% of Bitcoin supply is hoarded and 20% “lost” or untouched, according to research firm Chainalysis.

As more hedge funds buy into the market, so that squeeze grows further, reported Glassnode. The more you squeeze supply the easier it is to move the price. Hedge funds know that.

Since the beginning of the year, more than 200 new whale entities have appeared in the network –– data supporting the case that institutions are arriving.

"Crypto is beginning to trade independently of other assets," wrote Dan Morehead, CEO of Pantera Capital, America's first Bitcoin hedge fund, in an investor note. "Crypto is up while most asset classes are down ... would you rather have your savings in the Lehman Brothers of 2020 – or a token you control?"

Because of that volatility, hedge funds have been able to leverage their positions to create new revenue opportunities. Chief among them is acting as a market maker for themselves.

Here’s how it works. Hedge funds look for discrepancies between the spot price - the current price of an asset like Bitcoin - and the value of a derivative contract set to expire a few months down the line. This is typically called a basis trade. For example, at the time of writing, Bitcoin stands at around $55,000.

But there are future contracts, such as those taken out by the CME Group where they predict the price of Bitcoin will be around $60,000 come July.

A hedge fund buys Bitcoin at the spot price and sells the July futures, meaning the derivative contracts would gain value if Bitcoin fell. By doing so it creates what is known as a ‘spread’ or a gap between today’s price and tomorrow’s bet. When those gaps are compounded over time they can generate sizeable returns.

“The basis trade was paying 42% annually the other week,” said Michael Saylor, CEO of enterprise software maker MicroStrategy Inc. who has bought 91,326 Bitcoin since December worth about $5 billion.

That trade has started to bleed into Ether as well, which has helped the price of the cryptocurrency reach record highs this month, thanks to the 700% return investors are making using similar tactics.

As we mentioned before, there are risks to hedge funds, and the risks in this market-making game become very real if one of the market makers has a margin call.

This happened in the fiat markets when Archegos, an investment company run by hedge fund manager Bill Hwang imploded after a margin call, and dragged down several big banks with it. Credit Suisse, one of the world’s largest banks suffered more than $5 billion in losses when the dust settled.

With Bitcoin’s increasing volatility, time will tell if crypto can sustain the hedge funds' appetite for risk.