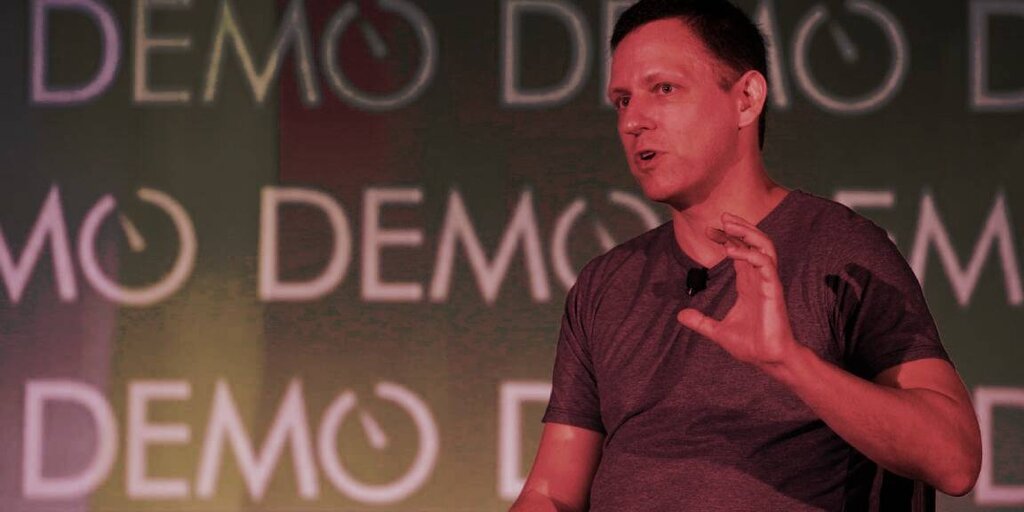 Xi Jinping probably sneezed twice when Peter Thiel made the comment that China could use Bitcoin, in addition to the Euro, as a “financial weapon” to dethrone the dollar as the global reserve currency.

During the forum, titled "Big Tech and China: What Do We Need from Silicon Valley?,” Thiel, the famous PayPal co-founder and Trump backer, argued that China’s digital Yuan is not the real concern to the current global order. On the contrary, Thiel reasons, China’s potential use of Bitcoin might position the country to win the global financial power race, which would also give it more say in global political dominance.

So, how much truth is there to Thiel’s prediction?

Long gone are the days when China dominated BTC

The association between China and Bitcoin has deep roots in China’s decade-long dominance of bitcoin mining. Since the Bitcoin network is a decentralized protocol, any dominant player in Bitcoin mining is a threat to Bitcoin’s overall security, which is why Thiel himself invested in Bitcoin mining company Layer 1 Technologies in West Texas—to spur the shift in Bitcoin mining power from East to West, a shift that now looks unstoppable.

More importantly, Bitcoin’s early era was mostly defined by retail investors and cyberpunks all over the world. The recent bull run was institutional-driven, mostly by investment firms in the West, and washed out many Chinese retail investors. Now Western hedge fund titans and family offices have become the new #HODL gang.

Chinese retail investors are left with empty bags and, perhaps even worse, fewer ways to onramp from fiat into crypto as China cracked down on crypto exchanges and OTC trading.

All of this, of course, casts real doubt on Thiel’s claim that China has any significant say in Bticoin’s future.

There are still various scenarios that could see China dominate the Bitcoin market again.

One scenario would be if the Chinese government pours its resources into sanctioned mining facilities and holding Bitcoin as part of its national treasury. It might look highly unlikely, given that the government has tried to shut down coal-powered mining plants in Inner Mogolia, and given that Beijing is reportedly concerned that crypto mining could prevent it from achieving carbon emission reduction targets.

Another scenario that could help China return to Bitcoin market dominance is if the country buys up Bitcoins at great scale. That could cause Bitcoin’s price to pop or drop in the short term, but either way, it would be bad for Bitcoin’s macro reputation.

What Thiel was really saying

Bitcoin’s entire value proposition rests on being decentralized, permissionless, and censorship-resistant. Any single entity seen as controlling the Bitcoin market would only do harm to its narrative. As a self-described “pro-crypto, pro-Bitcoin maximalist,” Thiel already knows this very well.

So, why even make such a claim?

Perhaps we need to look at the real intended audience of Thiel’s comments.

As the U.S. lags behind China on various technology fronts—in particular mobile fintech innovation—Silicon Valley OGs like Thiel are using China’s crypto ambitions as a clever prop to stoke FOMO (fear of missing out) in Washington, D.C. The implication is: If America doesn’t embrace Bitcoin regulation, it will lose ground to China.

The guy has just:

- Moved #Bitcoin from just a speculative asset to the geopolitical basket.

- FOMOed the U.S. gov into it because its biggest competitor allegedly already wields BTC

- Looked patriotic at the same time

And no matter whether China embraces Bitcoin or Dogecoin or its own state-backed digital currency DCEP (“China coin”), any would be enough to potentially push the U.S. to compete.

If Thiel really wants to spur the U.S. to hurry up in this global crypto race, he ought to go one step further and obtain funding from President Biden’s $2 trillion-dollar infrastructure plan to build more bitcoin mining facilities in America. (And Thiel, co-founder of government defense-friendly Palantir, has no lack of experience dealing with lawmakers.)

Just one day after Thiel’s comments, China’s central bank put out a mandate to “steadily develop and advance DCEP.” Clearly, DCEP is the “coin” China is chasing now.

Bitcoin, perhaps, can wait a bit.

On April 8, Gao Ziyang, CMO of the Chengdu-based blockchain audit firm Beosin, was taken into custody and charged with embezzlement of state-owned assets.

So, how did a security audit firm manage to steal government digital assets?

The irony is that Beosin had been entrusted by some municipal governments to investigate fraudulent crypto schemes—for example, local exchanges that scam innocent retail investors. After such investigations, the government asks Beosin to either store of sell the seized crypto assets before eventually returning them to the state. But instead of selling the assets, Gao was allegedly putting the coins into a short position, a ploy that completely failed, since crypto markets have rallied fivefold since August 2020.

Now the government wants its money back and Gao has nothing but empty bags.

It’s a reminder that crypto is like a casino. Hold your own keys, even if you are the government.

The news might have largely been ignored by Western media but it drew more attention among Chinese crypto investors than any liquidity mining event does.

Perhaps share of mind is what really gets people to use crypto, after all.

搬砖, which means “move bricks” in Chinese, is a way to describe market-making. For example, given the recent Kimchi Premium that pushed Bitcoin 20% higher on South Korean exchanges than elsewhere, a market maker would be moving bricks from one exchange to another.

Which Chinese crypto projects have been listed on Coinbase?

The highly anticipated Coinbase direct listing is coming on Wednesday.

The company has huge leverage with any token projects, since tokens that get listed on Coinbase typically enjoy a nice ride higher. Getting onto Coinbase has also been regarded as the ultimate achievement for foreign projects.

A closer look at the two most recently listed Chinese token projects reveal that Coinnase has perhaps opened up its floodgates.

Ankr (ANKR) was listed on Coinbase on March 25. The project was started by Chinese graduates of UC Berkeley and received funding from big-name crypto VC firms like Pantera.

But the founders have been busy running a node on BSC, and launching Burger Swap. ANKR also recently launched an NFT marketplace, Bounce.Finance. And one of the investors is none other than Coinbase Ventures. Perhaps that explains the Coinbase listing.

The second recent Coinbase addition from China is New Kind Of Network (NKN), a coin that almost went to zero on Huobi. Information on the protocol is scant compared to other more mature projects. In fact, NKN recently tweeted out the project’s PowerPoint for newcomers to read—typos and all.