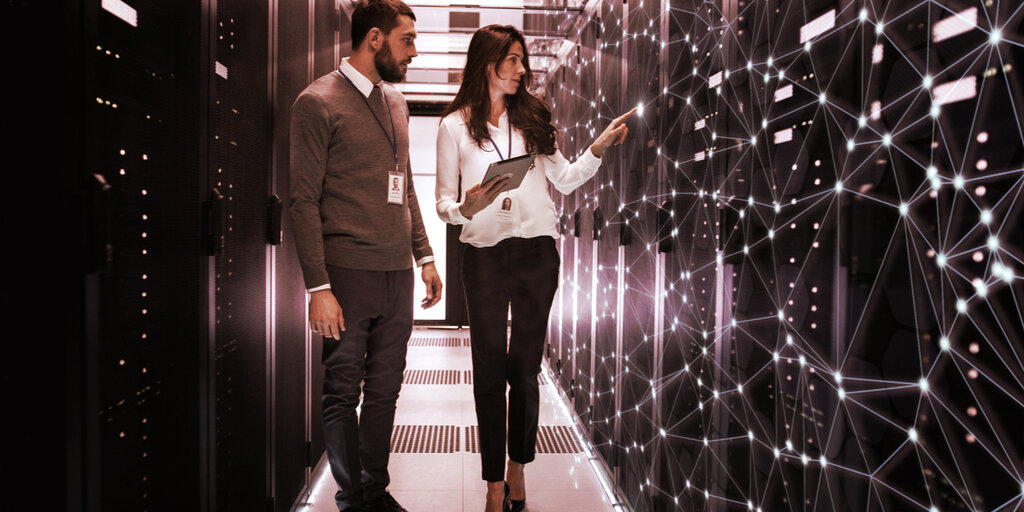 Though you wouldn’t know it by its tagline as a provider of “S3-compatible object storage powered by blockchain,” Filebase is out to un-complicate things for potential consumers of decentralized storage.

And several prominent investors think it’s got the right approach.

The Boston-based startup has raised $2 million in its first seed funding round, led by Multicoin Capital, with additional investments coming from Version One Ventures and Messari founder Ryan Selkis.

According to a press release, “The Filebase platform offers a browser-based dashboard and an S3-compatible API to deploy, access and manage data across several decentralized storage networks.”

As the company’s co-founders told Decrypt in an interview, that essentially means it’s a way for people to easily leave centralized cloud storage like Amazon Web Services behind and get on to Sia or Storj—two decentralized storage networks that allow people to rent out some of their hard drives’ computing power in exchange for cryptocurrency. The company plans to add support for Filecoin and Arweave by the end of this year.

“We wanted to make it easy and scalable for anyone really with a credit card to sign up and try decentralized storage,” said COO Zac Cohen. The user doesn’t need to handle any crypto; Filebase does that for you.

CEO Joshua Noble went on to illustrate the problem most customers would face by using Sia directly. First, they’d have to download the entire blockchain and then index the blocks for 12 to 36 hours, after which they’d need to buy Sia coin to purchase storage. Then, they’d have to make storage contracts with hosts, which are placed on-chain.

“They kind of serve like cryptographic service-level agreements, if you will, but those are the those that kind of ensure that, okay, this host is not going to go offline, if this host does go offline they will not get paid by me, they will suffer a loss of collateral…”

As Noble put it, there’s a lot of “technical friction involved.”

Think of Filebase like a Roku stick for decentralized storage, or better yet an Amazon Fire stick. With a Fire stick, you can plug it in and start watching Netflix, Hulu, and all the other streaming channels. And if you don’t have HBO but want to watch it, you can buy HBO through the interface.

It’s the same with Filebase. Only in this case, you’re picking and choosing who to buy storage from, and in what quantities.

But there’s more than technical friction standing in the way of decentralized storage networks. There’s also AWS, which built the standard for object storage–the practice of storing large chunks of unstructured data. It’s called S3, or “simple storage service," and it's so dominant that all its cloud competitors, from Oracle to Google Cloud to Microsoft Azure, adopted that standard.

Most blockchain solutions aren’t easily compatible with that standard, so organizations who want to take a chance on far cheaper storage with potentially less downtime can’t do it without a lot of technical knowhow. Filebase does use that standard, creating a bridge for users to Web 3 products.

Cohen and Noble say that their model also has several advantages over AWS—namely the price. They provide a small amount for free, and then charge $5.99 per terabyte for storage and another $5.99 for bandwidth.

“The dirty secret of the cloud, which we’ll happily key you in on,” said Noble, “it’s not the storage pricing, it's the bandwidth pricing that Amazon makes a killer profit off.” He estimated that the cost of storing three separate copies of 1 TB of data (Filebase makes the data redundant to prevent loss) would cost $170 to $180 with AWS as compared to $5.99 on Filebase.

Moreover, as the two pointed out, if AWS goes down, Netflix goes down. That’s less of a problem with decentralized data, especially as Filebase allows consumers to move between storage providers on different blockchain networks: “If a filebase ever goes down,” said Cohen, “you wouldn't even know that we were down because... we would be able to route you to the nearest location and you would be none the wiser.”

That doesn’t sound too complicated—exactly how customers want it.