Did Coinbase Insiders Really Cash Out? It's Complicated 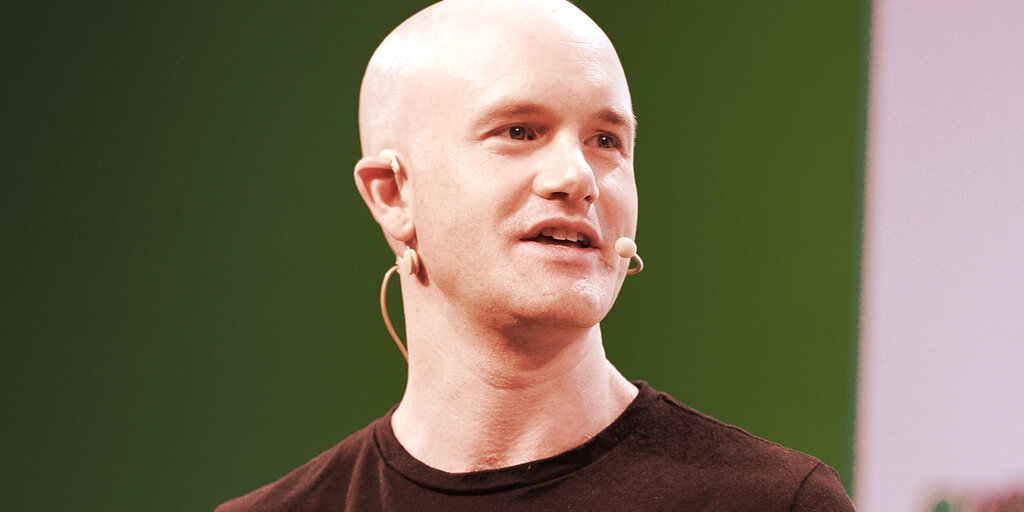 A viral tweet this weekend suggested top Coinbase executives held a fire sale with their personal stock—an accusation that, if true, would be cause for alarm since it implies they don't have faith in the future of their own company. But as with many things on social media, the tweet failed to provide a full account on what was going on, though it did underscore the new challenges Coinbase will face as a public company.

If you missed it, the tweet in question showed a chart depicting certain stock sales of senior Coinbase figures after the company went public last Wednesday. Most notably, the chart included a line that purported to reflect what percentage of their stock holdings various individuals sold—including figures that suggested the Coinbase's chief product officer sold 97% of his stock while the chief financial officer sold all of her stock.

While these sales appear jaw-dropping at first glance, the reality is less scandalous and mostly reflects the vagaries of SEC reporting rules. The rules in question oblige senior figures at public companies to disclose when they sell their stock—a useful piece of information for retail investors who sometimes take such sales as cues about the health of the company.

In the case of the tweet about Coinbase, however, the data is misleading because it doesn't account for the total amount of stock to which certain executives are entitled. In the case of the CFO, Alesia Haas, the sale in question came after she chose to exercise a portion of her stock options, selling around 255,000 shares in several tranches over the course of last Wednesday. Those are the transactions that appeared in the so-called Form 4 for "Changes in Beneficial Ownership" that appear like this: While the figures suggest she sold off all that she owned, the full context requires digging further into the SEC's warren of filings to find a so-called Form 3 for "Initial Statement of Beneficial Ownership." That form shows Haas owns around 1.7 million Coinbase shares, meaning the actual amount she sold off was around 15% of what she holds—a very different story than flushing all of her shares.

Further complicating the picture, however, is that the SEC forms don't reveal how many of those shares Haas is able to sell right now. As with many other companies, Coinbase rewards most of its senior executives with stock options—the right to purchase a given amount of shares at a discounted price—that vest over time, rather than simply giving them blocks of shares directly. This practice is primarily due to the tax flexibility for employees that come with options.

Meanwhile, Coinbase is not obliged to tell us when Haas can exercise all of those options. So it's conceivable that Haas sold everything she could but, if that only amounted to 15% of her expected holdings, that's not necessarily an indictment of Coinbase's performance—a more worrying sign would be if other executives were in a rush to sell too, and that didn't happen. CEO Brian Armstrong, for instance, only sold around 1.5% of his stock. Finally, recent analyst estimates peg the future value of Coinbase stock as above $500, making it unlikely executives would rush to unload all their shares at last week's price of around $340.

And while options and SEC reporting rules make parsing insider sales tricky enough, the Coinbase case is tougher still. The reason is that the company is one of a relative handful to go public via a direct listing—which involves selling only existing shares—rather than an initial public offering, which entails issuing new shares of stock. The upshot, as Coinbase's top lawyer noted on Twitter, is that company's using the direct listing process may have to prod their employees to sell some of their holdings to ensure enough stock for the public markets:

For Coinbase, this means that we saw our investors and certain executives create this pool of liquidity. Without their sales, CB could not have successfully created a supply of shares that could enable new investors to come in, which is basically the point of a DL.

This doesn't mean, of course, that Haas and other executives sold shares for the good of the company—like many of us, the temptation to make tens of millions in a day would be great—but it would help to explain a high volume of sales by executives. Meanwhile, the proportion of shares offloaded by Coinbase employees is not far off from what those at other direct listing companies, including Slack, sold on opening day.

All of this does not mean Coinbase is a good investment or that the company won't run into trouble in the future. But it does show how selective reporting from SEC filings can fan unfounded rumors. It also shows how Coinbase's new status as a public company—which is forced to divulge much more about its operations—can create headaches it didn't have to endure when it was still private.