Crypto’s Cold War: US and China’s Battle for Blockchain Supremacy 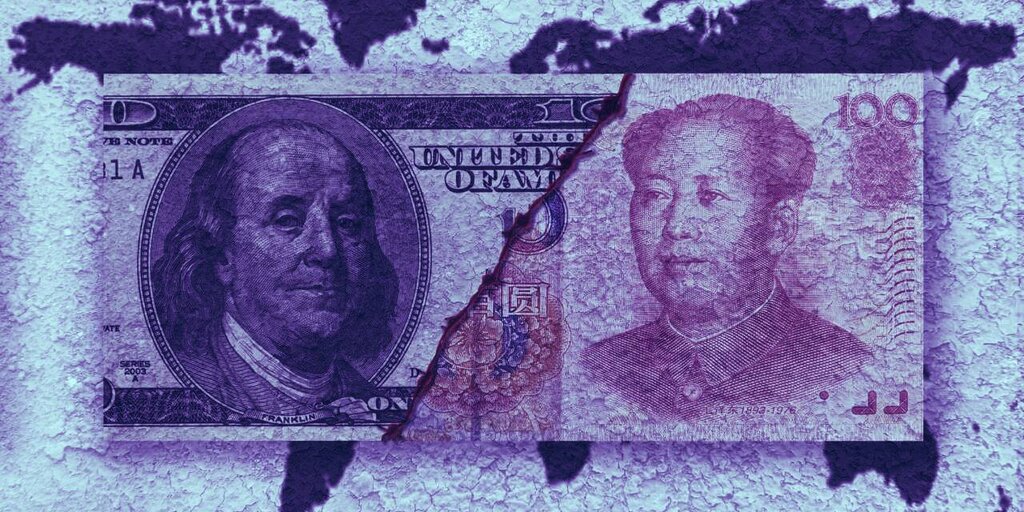 America’s relationship with China could be best described as “frosty”. The first and second-largest economies in the world have increasingly found themselves at loggerheads; from trade to finance, artificial intelligence to telecoms.

China and the US have also clashed diplomatically over China’s handling of its neighbors, in particular, Taiwan.

China sees the island nation as a breakaway province that should be brought back into the country’s sphere of influence, whereas America recognizes Taiwan as an independent state and has helped the island arm itself against foreign aggression - namely China.

More recently, those opinions have been extended to the disputed Spratly Islands, a group of uninhabited islands in the South China Sea.

As the result of vast swathes of oil being discovered beneath the sea, China has been actively expanding its international boundaries by putting military bases on the islands. This has led to a series of skirmishes with neighboring countries also laying claim to the South China Sea. The US has condemned the action.

In technology, there is a significant rivalry between the two countries when it comes to 5G. The rollout of Huawei’s 5G network - which some claimed was a ploy by the Chinese state to spy on its rivals -  in Europe was met with pressure from US regulators who lobbied to keep Chinese companies out of American allies’ digital infrastructure.

China’s expanding AI capabilities, facial recognition technologies, electric vehicle production, and its domination of the solar panel market have all brought the Asian giant into increasing competition with America, and in some cases, surging past it.

One area of America and China’s technological Cold War that’s been heating up recently is around who will dominate the blockchain and cryptocurrency industry.

American businesses have established themselves as key pillars of the crypto community, the same can’t be said of the US government. While America has pursued a cautious approach to the world of Bitcoin, blockchain, and decentralized ledger technology, China has raced ahead.

While Bitcoin was designed to be a decentralized, global network that allows anyone, anywhere to take part, in just over a decade, the picture, at least when looking at the mining community, couldn’t be more different.

In 2020, China controlled nearly 80% of the global processing power that runs the Bitcoin network - meaning the majority of the world’s Bitcoin transactions are routed through machines in the country.

Is China Rethinking Its Stance on Bitcoin?

The reason? Cheap electricity and access to the latest and greatest in mining hardware.

Bitcoin miners in China are found in high concentrations near coal or hydroelectric power plants, in particular places like Inner Mongolia and the Yunnan province.

This allows the miners to keep their operating costs to a minimum as they churn through vast amounts of power in search of mining rewards, giving them an edge over rivals in more expensive energy regions. This advantage however, could be used by the Chinese state to exert influence over the network in ways other states cannot.

Emin Gün Sirer, a Turkish-American computer scientist and CEO of Ava Labs, a decentralized finance startup, believes the Chinese state could compel miners to block transactions from certain wallets if it chose to.

China's Inner Mongolia to Ban Bitcoin Mining: What it Means for the Industry

“This is an enormous issue. These miners could receive injunctions that compels them to act in a certain way,” he told the Wall Street Journal. “The Chinese government would say the money at certain addresses must not move and it compels the Chinese miners to not include certain transactions so they can selectively sensor certain users of a blockchain.”

This has kickstarted a movement in the US to help claw back some of Chinese miners' dominance. Core Scientific, a US company building Bitcoin mining operations in the US has raised hundreds of millions of dollars to establish mines in disused factories across America. Others have joined them.

Marathon Patent Group, which mines in Montana and North Dakota, has seen its shares rise ninefold in early 2021, and competitor Riot Blockchain, out of upstate New York, is also enjoying a windfall of investment.

While these companies have increased their market share over Bitcoin mining, there’s still a long way to go. Inner Mongolia, a hub for Bitcoin miners, accounted for 8% of the computing power needed to run the global blockchain. That is more than the amount of computing power dedicated to blockchain in the US currently.

“There is a new space race. It is the cyberspace race of building and controlling the systems and governance that will power the digital economy,” wrote Perianne Boring, president of the US Chamber of Digital Commerce.

As states become drawn into the world of digital currencies, those that can exert the most influence over mining communities like Bitcoin will have an advantage.

“At least 65 percent of cryptocurrency mining is concentrated in China, which means the Chinese government has the majority needed to wield control over those protocols and can effectively block or reverse transactions,” wrote Ripple co-founder Chris Larsen in an opinion piece.

"The tech cold war is here — and the US isn't winning," he concluded. But that’s not the only arena China is looking to dominate the US in.

Central Bank Digital Currencies or CBDCs have become a hot topic for several states across the world, particularly China.

It’s Digital Yuan is in the advanced testing phase with more than 100,000 people in China downloading a mobile phone app from the central bank enabling them to spend small government handouts of digital cash with merchants, including Chinese outlets of Starbucks and McDonald’s.

The US meanwhile is still in the early stages of exploring public perception towards its own version of a digital currency.

But China’s ambitions for its digital currency - beyond giving it direct access to its citizens' spending habits - is to eventually challenge the US Dollar’s preeminent position as the world’s reserve currency.

What Is China’s Digital Currency and Why Are Others Racing To Do the Same?

“China’s rapid development of a central bank digital currency has the potential to upset the global monetary order,” said the editorial board of the Financial Times.

The article went on to suggest that the Yuan could “bypass rival western-operated cross-border payment networks, such as Swift, which the US has used to enforce sanctions.”

Alex Tapscott, the co-author of the book Blockchain Revolution, said “China is on the brink of launching its own digital currency while, at least on this issue, the United States is dragging its feet. The two visions for these central bank digital currencies couldn't be more different. Whereas the US wants to protect the US dollar as global reserve currency, China wishes to export its own economic model around the world and tighten control at home.”

More broadly, China’s innovation in the blockchain space is also helping the Asian giant pull ahead of its rival. The People’s Bank of China alone has filed more than 80 patents related to digital currencies.

Some in the US have sounded the alarm over what is becoming a widening gap between the two countries.

“It is critically important for American and western policymakers to understand how serious China and other nations are taking digital currencies and blockchain technology. It is crucial to become conscious as to what we can expect to see from those who seek dominance in the space, implications for the international monetary and financial system, and, more pointedly, for the U.S. dollar as the world’s hegemonic currency and America’s international preeminence are existential,” the Chamber of Digital Commerce warned in an article last year.

But they may be too late. A year before the Chamber of Digital Commerce’s report, Xi Jinping the President of the People’s Republic of China told China’s most powerful political body that gaining an advantage in blockchain was critical for the country’s future success.

“It is necessary to strengthen basic research, enhance the original innovation ability, and strive to let China take the leading position in the emerging field of blockchain, occupy the commanding heights of innovation, and gain new industrial advantages.”

Some have called this crypto’s Sputnik moment, a reference to the Soviet Union’s early lead in the space race that galvanized US policymakers to throw hundreds of billions of dollars at their own space program. Can America catch up or will they get left behind?