Bitcoin ETF: Everything You Need To Know 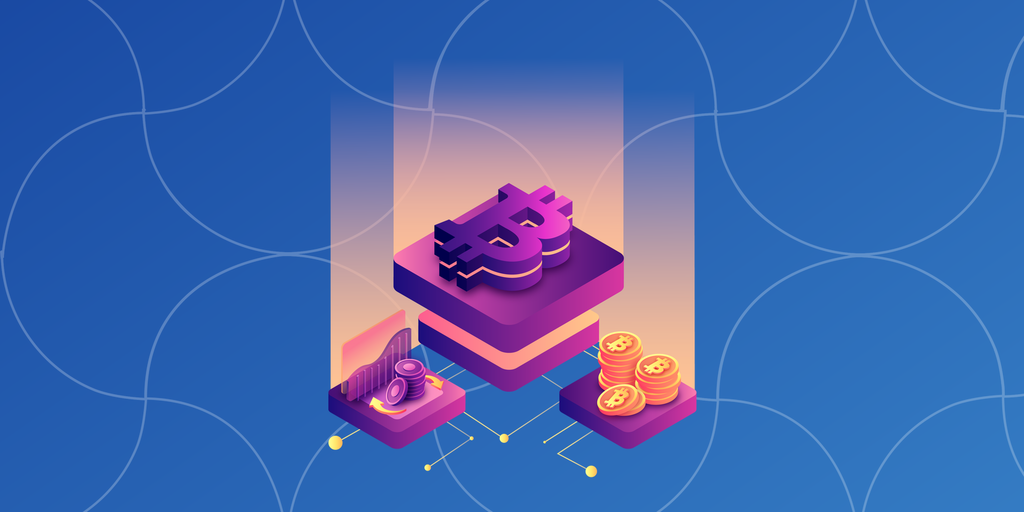 Three years after the infamous "crypto winter" of early 2018, Bitcoin has surged to nearly triple its previous $20,000 high water mark, and has surpassed a $1 trillion market cap—making it by far the largest cryptocurrency in an overall crypto market worth $2 trillion.

With more mainstream popularity than ever, many new people are interested in acquiring some Bitcoin. But many of the crypto-curious still view buying Bitcoin from a crypto exchange as an intimidating and opaque process. The technical aspects of holding Bitcoin—such as crypto wallets, Bitcoin addresses and private keys—are confusing to newcomers, and scare some investors away.

All of this has intensified the appeal of a Bitcoin ETF, or exchange-traded fund. While Canada now boasts three Bitcoin ETFs, the U.S. has yet to approve any for trading.

What is an ETF?

The first ETF launched in 1993, and they became popular as a way for retail investors to invest in a basket of assets at once. If you wanted to invest in 500 of the largest companies in America at once, you could buy shares in a S&P 500 ETF.

A Bitcoin ETF works in much the same way as any other ETF. Investors buy shares in the ETF through whatever brokerage they buy stocks, and can trade them the same way they'd trade shares in Apple or Tesla.

Bitcoin ETFs track the current price of Bitcoin, and should act in lockstep with Bitcoin's price swings.

Why the need for a Bitcoin ETF?

For most regular retail investors, Bitcoin and cryptocurrencies in general still look risky.

Besides having unclear regulations around them, owning Bitcoin requires keeping a Bitcoin wallet and trusting crypto exchanges, which are still uncharted territory for people unfamiliar with the space and require a certain level of self-education.

Holding Bitcoin places the burden of security squarely on you, making you responsible for keeping your own private keys safe (unless you want to entrust them to the exchange). This may mean buying a hardware wallet to protect purchased Bitcoin, or storing private keys in a secure manner. You’d also have to work out how to file taxes for sales of Bitcoin that resulted in capital gains.

How to file your crypto taxes in the US

With a Bitcoin ETF, investors need not worry about private keys, storage, or security. They own shares in the ETF just like their shares of stock, and can gain exposure to the cryptocurrency market without having to go through the hoops of purchasing and holding crypto.

And to put it plainly, that is an extremely appealing proposition for many regular folks—as well as sophisticated institutional investors.

That's why so many hedge funds and other investment firms have filed applications with the U.S. Securities and Exchange Commission (SEC) for Bitcoin ETFs—we count at least seven high-profile Bitcoin ETF applications as of April 2021, from the likes of Fidelity, VanEck, SkyBridge Capital, Bitwise, and others.

Gemini founders Cameron and Tyler Winklevoss were first out of the gate with an application for the Winklevoss Bitcoin Trust in 2013. In 2018, the U.S. Patent and Trademark Office awarded the Winklevoss brothers a patent for “exchange-traded products." But the SEC still hasn't approved their ETF—or any others.

Monday marked the 6 year anniversary of the first filing of the Winklevoss Bitcoin Trust ETF. Onward and upward!

How does a Bitcoin ETF work?

A Bitcoin ETF is managed by a firm that buys and holds the actual Bitcoin; the price is pegged to the Bitcoin held in the fund. The firm lists the ETF on a traditional stock exchange, and you, the investor, trade the ETF just as you would any other stock. Bitcoin ETFs also offer new types of trading opportunities, including short-selling, where investors can bet against Bitcoin.

But there are also some key differences between a Bitcoin ETF and other ETFs.

First, some ETFs, like those that track the S&P 500, represent equity shares, so you get a cut of the dividends that any company in the ETF pay to their shareholders. When Tesla pays a dividend and you have shares in an ETF that includes Tesla, you get a (smaller) dividend. Bitcoin is decentralized, so that won't happen with a Bitcoin ETF.

Second, just like with other ETFs, you have to pay fees to the company offering the ETF. But with a Bitcoin ETF, some portion of your fees would go to paying the custody and management fees for the purchase and storage of the Bitcoin that underlies the ETF.

What’s so special about a Bitcoin ETF?

A Bitcoin ETF in the U.S. is expected to bring a new level of mainstream trustworthiness and acceptance to Bitcoin investing. In 2020 and 2021, big publicly traded companies including Square and Tesla bought Bitcoin as an investment for their balance sheets, which spurred new adoption—but the cryptocurrency is still seen by many conservative investors as a risky bet or even a gimmick.

The approval of a Bitcoin ETF by the SEC would mean institutional investors can more easily speculate on the price of Bitcoin. It would functionally bring Bitcoin to Wall Street, with the Bitcoin ETF traded through the same places as Tesla stock, bonds, gold, oil, or any other traditional assets.

And it would likely be a huge boost to the price of Bitcoin.

Cannabis ETFs have become popular for many of the same reasons that Bitcoin ETFs have. Just like crypto, the marijuana industry is viewed as risky and uncertain by traditional investors who still want the opportunity to profit from it.
Bitcoin Price Stable Despite BitMEX Arrests and Trump's COVID Diagnosis

Why hasn't the SEC approved a Bitcoin ETF?

Since 2017, the SEC has repeatedly rejected proposals for Bitcoin ETFs.

The SEC's main argument is that Bitcoin’s price is prone to market manipulation. And even if a Bitcoin ETF only drew prices from the most scrupulous cryptocurrency exchanges, Bitcoin’s price could be manipulated on less reputable exchanges with looser restrictions.

The other common concerns the SEC often cited include a lack of transparency in crypto markets and potential lack of liquidity.

But that was all during the Jay Clayton era.

In January 2021, newly elected U.S. President Joe Biden announced his choice for the next SEC chair would be Gary Gensler, whose past experience teaching a course on cryptocurrency at M.I.T. prompted a new wave of optimism that the SEC will approve a Bitcoin ETF imminently.

The Future of Bitcoin ETFs in the U.S.

Of course, just because Gensler knows about crypto doesn't necessarily mean he will take a pro-crypto stance as SEC Chair. But that isn't stopping investors with skin in the game from banking on Gensler opening the Bitcoin ETF floodgates.

"I'm hoping that with the introduction of Gary Gensler now into the regulatory rubric, and my understanding of where he's coming from, although I don't know it personally, is that possibly we can get an ETF in place by the end of the year," Anthony Scaramucci, whose SkyBridge Capital has applied for a Bitcoin ETF, told Decrypt in March.

SkyBridge is one of the firms that has a Bitcoin fund for its own clients, which isn't quite an ETF, but it aims to convert that fund into an ETF if and when the SEC approves a Bitcoin ETF.

Another is Grayscale Investments, the largest U.S. crypto asset firm, which offers publicly-traded investment products pegged to specific cryptocurrencies, such as the Grayscale Bitcoin Trust (GBTC). In April, Grayscale confirmed that it intends to convert its Bitcoin Trust to a Bitcoin ETF if and when the SEC allows it.

SEC approval would represent a major step towards Bitcoin being seen as a legitimate investment by the same traditional investors who have dismissed it for years.