'Bad Idea': The Response Brian Armstrong Got When He First Pitched Coinbase 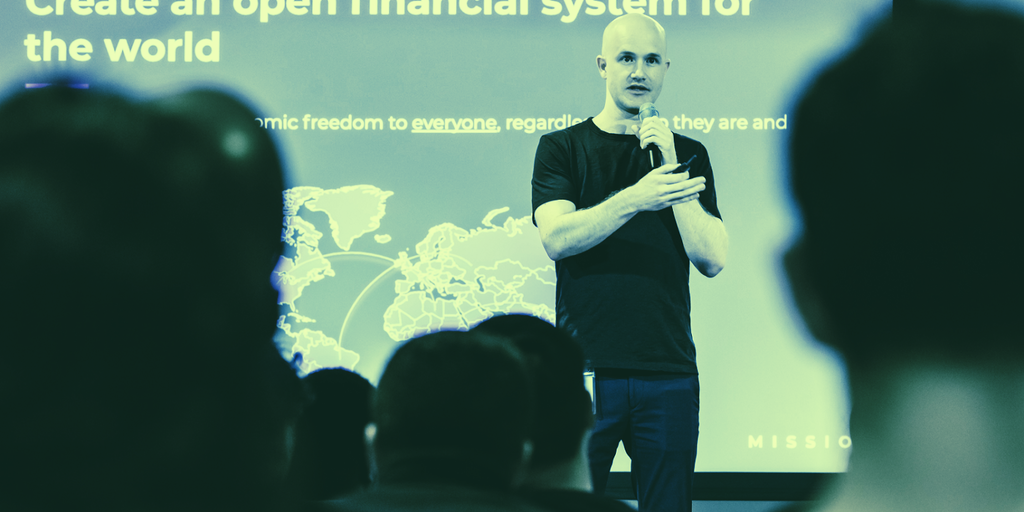 Yesterday, cryptocurrency exchange Coinbase went public, ending the day with an $87 billion valuation—higher than that of any conventional stock exchange. As a result, the exchange’s CEO and co-founder Brian Armstrong is now able to sell on the open market, if he wishes, his roughly $900 million worth of shares.

But it wasn’t always a guaranteed success. In fact, when Armstrong was first trying to build Coinbase—at a time when Bitcoin was in its infancy—he came up against a wall of resistance and skepticism on tech forums like Hacker News.

“I'm gonna call it right now: bad idea,” one Hacker News user told Armstrong. And they weren't the only one.

On this forum in March 2012, Armstrong had explained his grand idea to build a way to send and receive Bitcoin payments—for it was only Bitcoin back then—in what he described as “PayPal for Bitcoin.” The killer app, he said, would be in disrupting transaction fees by allowing direct payments from the consumer to the merchant, cutting out the middleman.

But Armstrong had a problem. He had made headway into the application process for esteemed startup accelerator Y Combinator, but he was lacking a co-founder—something that is typically expected there. So he was reaching out to see if anybody wanted to join him on his mission.

“I'm throwing a hail mary here - because desperate times call for desperate measures,” Armstrong wrote, adding, “This is going to be super fucking hard, but the payoff is that we have a non-zero chance of really changing the world in big way.”

Armstrong did not come empty-handed. He presented a screenshot of a prototype, called BitBank, that claimed to offer “easy Bitcoin payments.” It also showed a link to the website, which was working at the time.

‘I don't think you've properly thought this through’

The replies to his post were mixed. Some focused on his call for a co-founder, with several forum users offering advice on what kind of a co-founder he needed. Others even focused on his initial post, telling him that he needed to get his grammar right, especially if he wanted to raise money. And many looked at the actual idea itself and whether it would work.

“I don't think you've properly thought this through. Many people have, and there's a reason we still have the system we have today,” wrote “debacle” on the forum. They argued that the lack of protection Bitcoin offers would leave the customer exposed—with no way to handle fraud or chargebacks.

“Because Bitcoin worked out so well. Have fun with that, dude.”

“I don’t think you’ve properly thought this through.”

The same user also pointed to Bitcoin’s wild volatility as a key issue for merchants, and was curious how Coinbase would make money with its service.

Others took more aim at Bitcoin than the idea itself. One wrote, “Because bitcoin worked out so well. Have fun with that, dude.”

Another argued that governments would likely ban Bitcoin and other alternative currencies if they start to gain traction. In that case, it would ruin the chances of any company solely built around one.

Betting the house on Bitcoin

Despite the skepticism—which any startup will typically face—there were some positive responses from the crowd. While some questioned whether Coinbase (or BitBank at the time) would have any footing against established payment companies like Square, at least one forum user saw the potential.

“I love all the "aren't the current players going to win this war" posts. That's a HUGE advantage for you: everybody is going to underestimate you and your possible impact.... until it's too late. This isn't a sure bet, not by a long shot, but it's got a good chance of being something as impactful as Square has the potential to be, and that's a big fucking deal y'all,” they wrote.

In the end, BitBank evolved from being a payment processor into the crypto exchange now known as Coinbase, with other companies like BitPay stepping in to fill that role. But the idea wasn’t too dissimilar.

One user pointed out that the idea was essentially a big bet on the success of digital currency in the long run. “Correct me if I'm wrong but doesn't this just boil down to writing a bitcoin client web app (and/or mobile app)? So you are betting the house on bitcoin becoming popular.”

Since then, Bitcoin has grown into a trillion-dollar asset and spawned an entire ecosystem of cryptocurrencies, with use cases ranging from decentralized finance (DeFi) to NFTs—which are now disrupting the art world and beyond. And early investors in Coinbase made a fortune as a result of its listing. If Coinbase was very much a bet on Bitcoin taking off, it’s paid out big time.