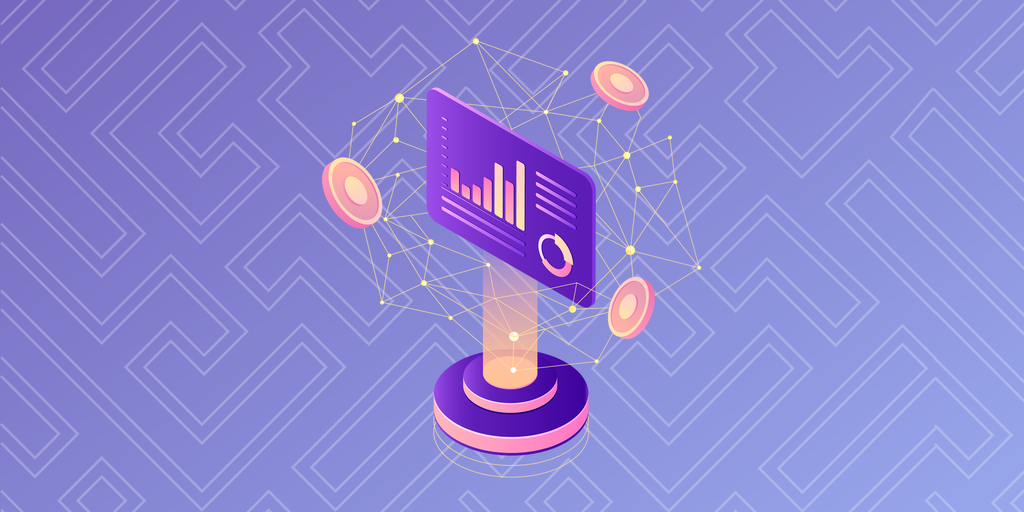 Many decentralized apps (dapps) require a stream of real-world data to function, whether it’s current crypto prices or sports scores—but blockchains aren’t designed to access such data sources on their own. That’s where oracles come in, serving as a middleman of sorts to bring external data into the blockchain-driven dapp.

With the rise of decentralized finance (DeFi) has come increased focus on the role of oracles, and Band Protocol has emerged as one of the rising players in the space.

Band Protocol can integrate with a variety of blockchains, potentially making it even more useful over time as dapps build outside of the Ethereum ecosystem. Here’s what you need to know about Band Protocol and its BAND token, as well as how you can buy BAND.

What is Band Protocol?

Band Protocol is a cross-chain oracle used by decentralized apps to pull in data from web-based APIs (application programming interfaces). It works with various blockchains including Ethereum and Cosmos—something that's becoming increasingly important as dapps look beyond Ethereum for less-congested blockchains to call home.

Originally, Band Protocol launched in October 2019 on the Ethereum blockchain, but it moved to Cosmos and relaunched in June 2020 with additional features and a simplified structure.

Band Protocol’s most obvious use case is in finance dapps, and it works with data providers such as Binance and CoinGecko on that front. However, the organization has also identified a variety of other potential use cases, including sports scores, weather, esports data, and verifiable random number generation.

How does Band Protocol work?

Like other oracles, Band Protocol is essentially the connective tissue between a dapp’s smart contract based on a blockchain, and a real-world data source located outside of the blockchain. Many dapps rely on such information to function and serve users, and must have the latest, most accurate data to work as intended.

The BandChain blockchain is used to bridge the gap between those off-chain data sources and the smart contract, with a decentralized network of validators used to create blocks to validate those transactions.

Band Protocol’s co-founders were first introduced to crypto in 2014 when MIT offered a $100 Bitcoin airdrop to students who completed a survey.

What’s so special about Band Protocol?

Some oracles are tied to Ethereum alone, which makes sense as it is the driving force behind the majority of dapps. However, Band Protocol also works with other blockchains, providing a key piece of infrastructure for dapps developed elsewhere.

As dapp makers look to alternative blockchains for faster transactions and lower costs, Band Protocol could be an essential tool to enable a broader dapp ecosystem beyond Ethereum.

Among other partnerships, Band Protocol has joined the OpenAPI Initiative alongside tech giants such as Google and Microsoft to help define a standard for APIs—which is what Band uses to pull data from off-chain sources and bridge it over to blockchains.

What can you do with Band Protocol?

Band Protocol is used by dapps to access real-world data from outside the blockchain. For the average user, however, there may be an incentive to owning and using the BAND token. BAND is used to pay for transactions on the blockchain, for governance, and also to reward validators for generating new blocks. Anyone can stake BAND and delegate it to a validator to earn rewards.

BAND implements an inflationary model on tokens that is designed to gradually decrease their value. This is done to encourage users to take part in network staking to earn more tokens through staking rewards, with a goal of having 66% of all BAND tokens staked at any given time. The annual inflation rate changes based on that target percentage.

Band Protocol (BAND) is launching at https://t.co/bCG11KMQ6s and in the iOS and Android apps within the next 15 minutes. You may need to update your app to properly buy, sell, convert, send, receive, or store BAND. We will update when BAND is fully live. https://t.co/wWiSTLsES7

On February 3, Band Protocol published its latest roadmap for 2021. The key elements for the first half of the year are improving the core technology stack, building a more efficient integration team—to help the protocol get integrated with more blockchain projects—and growing its global community.

There are even bigger milestones in place for the second half of 2021. This includes launching BandChain Phase 2. The slated purpose of this is to give more flexibility to institutional-grade data providers who want to monetize their use of Band Protocol. They will be able to earn fees on the data they provide in different ways.

Moving into March, we will be ramping up on #DeFi integrations across the board on all blockchain platforms. This includes working in close collaboration with existing partners to optimize the oracle scripts in production and expand product offerings with speed to market.

The Band Protocol team also wants to create a self-service integration process. This will provide the resources needed for anyone using Band Protocol's oracles on BandChain. The roadmap claims this will significantly increase the number of data requests on the network. This will have a side benefit of freeing up the engineering team.

The firm also wants to partner with key enterprises and institutional data providers. The plan is to showcase these partnerships once Phase 2 has gone live.

Where and how to buy BAND

BAND is available from various cryptocurrency exchanges, including centralized ones like Coinbase, Binance, Huobi, and Binance.US, as well as decentralized exchanges such as Uniswap and Kyber Network.

Here is a look at how you can purchase BAND from an exchange, using Binance.US as an example. Simply find BAND on the exchange’s list of supported tokens and then you can choose whether to buy or sell it, or exchange other cryptocurrencies that you hold on the platform.

In this case, we input a purchase amount of $20 USD from a bank account. Given the price at the time of purchase and less the $0.10 transaction fee, that was equivalent to 2.49 BAND. Simply click confirm purchase and the transaction should complete within seconds and appear with your wallet on the exchange. If you want to stake BAND, you can transfer it to a wallet app such as Atomic Wallet. As mentioned, Band Protocol’s versatility makes it potentially useful to a wide array of dapps. While Ethereum is currently the heart of most major decentralized apps, it faces challenges including the growing cost of transaction fees.

As alternatives emerge—offering less congestion and other potential technical advantages—Band Protocol could benefit from its “jack of all trades” design, by working across multiple blockchains and relying on community data sources.

On the other hand, Chainlink has a very strong foothold in the crypto scene, and as of this writing, LINK has a market cap more than 40 times larger than that of BAND. It's a sizable advantage and one that is unlikely to fade quickly. Band Protocol suggests that its edge comes with price per transaction, and it surely aims to chip away at Chainlink’s immense lead as it pushes for wider adoption.

Band Protocol’s future success may depend in large part on that of Cosmos, as well. Although Band itself is blockchain-agnostic, its own blockchain is now based on Cosmos, which bills itself as the “Internet of blockchains,” promoting cross-chain compatibility for a thriving ecosystem.

It’s an ethos that sounds similar to that of Band—and if Cosmos thrives, Band Protocol could prove to be the oracle of choice for blockchains built using Cosmos tech.