Pamela Anderson Is Giving Out Signed Playboy Covers on BitClout 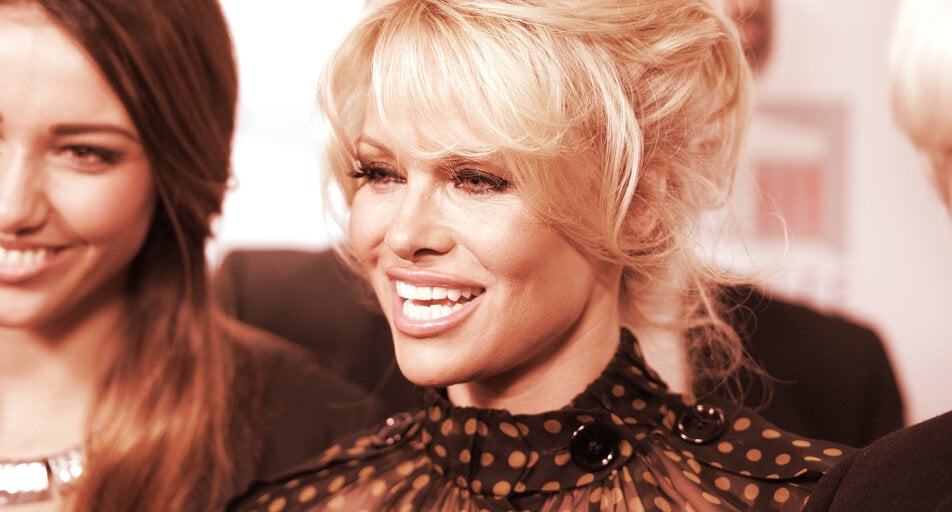 The copies will be given to the top three holders of her creator coin—everyone has their own coin on BitClout that can rise or fall in value—and the winners will be announced on March 31. Anderson also hinted that she may drop NFTs to all of her coin holders too.

The decision by Anderson to join BitClout is perhaps surprising given that, on January 26, Anderson quit all social media. She left Instagram, Facebook and Twitter, saying she was focused on reading and being in nature. She also claimed that such sites are designed to waste time, make money from you and take control of your brain.

But in a sudden turnaround, on March 27, she became verified on BitClout. She said it provided freedom, while highlighting the importance of decentralization. While BitClout is centralized at the moment, the project plans to become decentralized over time. Currently, Bitclout lets users transact with various cryptocurrencies, including several of its own and Bitcoin).

Anderson recently started posting endorsements of BitClout on the network itself, encouraging others to join it, and expressing support for freeing Julian Assange, the founder of WikiLeaks, before announcing details of the giveaway.

BitClout is a social network that has created cryptocurrencies tied to individuals' social media identities. Everyone on Twitter can claim an account on the network, where they have their own "creator" coin. Meanwhile, the project created thousands of coins in advance tied to influential Twitter figures, in many cases without obtaining their permission. Those influencers are able claim a share of those joins by joining the network, though they have to pay around $60 in Bitcoin to do so.

There are some interesting “tokenomics” too. Each person’s coin goes up or down in value depending on how many people buy and sell their coin. This increase is not linear, but is on a bonding curve, meaning that a coin gets increasingly more expensive as more people buy it.

But there is one big issue. Right now, money can only go into the social network—it can’t come out. So you can spend Bitcoin to buy BitClout tokens, which can be used to purchase creator coins. But you can’t currently sell your BitClout for Bitcoin—or any other cryptocurrency, for that matter.

Inside BitClout, the Dystopian Social Network with Big Backers and Vocal Critics

While the social network is run by an anonymous team, it is backed by a host of Silicon Valley VCs, including Sequoia Capital, Andreessen Horowitz, Coinbase Ventures, and Winklevoss Capital.

Anderson will be rewarding the top 3 holders of her creator coins, which are currently valued at $13,000 (likely already boosted from the giveaway), with signed copies of her last Playboy cover. While she hasn’t specified when the snapshot will be taken, she said the winners will be announced on March 31 at 12 AM PST—potentially signaling that will be the key moment. Through BitClout, she can interact with the accounts that own her coins and sort out the mailing of the Playboy covers.

Anderson featured on the cover of Playboy magazine 13 times, the final occasion being on the January/February edition in 2016, its last ever nude edition. She said that Playboy founder Hugh Hefner had specifically called on her to do it for that reason; it’s this cover that she’s signing and giving out. Unsigned editions currently sell for around $25.

The giveaway is designed to encourage BitClout users to buy Anderson’s creator coins—a move that would pump their prices. Anderson currently holds 18.6 of them, most likely provided to her when she claimed her account as a high-profile influencer (although she may have had more and sold some of them, or bought more of her own coins). These have a current market value of $220,000 although if she did choose to sell them all in one go, they would probably make her about half that—since the price of each coin declines every time one is sold.

Anderson could drop NFTs, too

Anderson also suggested that she might do an NFT drop, after her children told her about them. Non-fungible tokens, or NFTs, are unique, digital tokens that represent artwork, audio, or video content. They are stored on the blockchain and can be sent or sold to anyone else. (They also have a myriad of technical and legal issues).

“And who knows… I might just give a Pamela NFT to all my coin holders when the time comes ;)” she wrote, on BitClout.

Think of NFTs as the Birth of the Virtual Economy

If Anderson does launch an NFT, she'll join a host of other celebrities who've created and sold their own NFTs for eyebrow-raising prices. This list includes actress Lindsay Lohan, musician Grimes, skater Tony Hawk and Monty Python star John Cleese.

If this experiment works, it could show that BitClout’s attempt to merge social networking and value creation has some potential. On the other hand, there’s some debate as to whether promoting tokens in this way could violate securities law in the US. But with Reddit experimenting with tokens, celebrities launching their own social tokens and blockchain-based social networks like Hive growing, social media is being disrupted, whether it likes it or not.