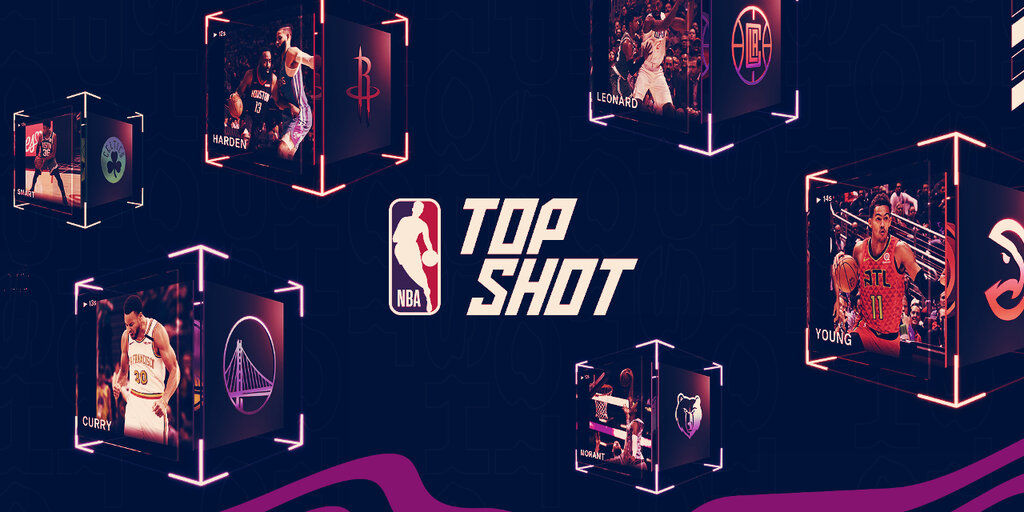 Launched in beta last May and rolled out to the public in October, NBA Top Shot has grown from tens of thousands of users at the start of 2021 to nearly 500,000 total users as of last week. It is the most popular decentralized app (dapp) overall right now according to DappRadar, and has reportedly seen some $255 million in sales over the past 30 days. For context, that’s about how much collectors spent in total on NFTs in all of 2020.

The rising popularity of the digital collectibles experience—in which users buy packs containing random “moments,” or tokenized video highlights of NBA players—is part of a wider surge in interest in NFTs spanning collectible artwork and rare items in crypto games. The sudden boom in the NFT market has led to critics decrying it all as a bubble—a get-rich-quick fad akin to the ICO bubble of 2017.

But Dapper Labs says it always expected NBA Top Shot to have a broad appeal. Just not this rapidly. The result has been downtime for the marketplace, halted signups for new users, and long waits ahead for users to withdraw funds. All issues that the company is currently scrambling to address.

As Tedman puts it, immense demand is “the greatest kind of problem to have.” However, it still causes headaches when the platform struggles under the weight of increased traffic, and the small team hasn’t implemented some of the infrastructure needed to support that added activity. Key functions of the Top Shot experience have been temporarily closed at times for maintenance, plus there is an extensive backlog in account verifications needed for users to withdraw any money earned from selling moments in the marketplace.

On top of that, every new pack drop has put heavy strain on the platform, causing Dapper to rethink how drops work in a fair and equitable way while fighting off bots that try to disrupt that system. Over the weekend, Dapper split a common “Seeing Stars” pack drop across three different release windows, and then required that users own at least one moment to try and buy Sunday’s rare “Rising Stars” pack—a move to try and stop bots from buying them up just to flip them immediately on the marketplace.

Contending with bots and bad actors is a problem familiar to people who try to buy rare sneakers or concert tickets. Given the rising resale value of NBA Top Shot moments, it’s now one that Dapper is also trying to mitigate by seeking out experts and expanding its team. Tedman says that the Flow blockchain hasn’t been the issue—welcomed news for a team that famously stress-tested the Ethereum blockchain with CryptoKitties.

Why the NBA Is Built for the NFT Craze

“The good news is, the Flow blockchain is humming,” said Tedman. “On the Top Shot side, it’s almost like the equivalent of a DDOS attack every time we announce anything. We’re grappling with what a lot of industries already know is something that needs to be addressed constantly. I’ve talked to people in the sneaker drop industry, and they’re like, ‘Oh, you guys are being botted, right?’ Again, we thought we were going to grow, but not at this rate at this point.”

NBA Top Shot’s sudden popularity has also shifted the roadmap ahead. Dapper Labs had a list of feature enhancements that it wanted to make, including a CryptoKitties-like offers system and auction tools, but those have been pushed off in favor of stability and making sure users can actually experience NBA Top Shot. Demand is so high that entry-level base packs of moments are currently unavailable, which makes it difficult for new users to get started without spending large sums of cash. “Base packs should not be selling out instantly,” said Tedman.

Even while dealing with those scalability issues, NBA Top Shot continues on. The new pack drops over the weekend saw hundreds of thousands of users queue up in digital waiting rooms to try and secure new moments, and Dapper closely collaborated with the league to unveil this season’s NBA Rising Stars rosters last week—complete with a tied-in pack drop on Sunday.

Set your alarms for Sunday, Mar. 7 at 2pm PT

“It’s been amazing,” said Tedman of collaborating with the NBA. “They are a partner who truly leans in when they say they are going to lean in, so when they brought us that [Rising Stars] opportunity, it was exactly what we had been talking about the whole way. They said, ‘As you build the product and as we deepen the relationship, we’ll find great things to do together that are very special.’ They really put their money where their mouth was on that one.”

The recent rise has been sudden, but even while struggling to scale amidst unprecedented demand, Tedman believes that there is an even larger potential prize out on the horizon. Half a million people using a blockchain-driven digital collectibles platform is huge, but that’s only a fraction of the number of total NBA fans around the globe.

NBA Top Shot is aiming even higher, but to reach that larger chunk of potential users, it will need to ensure that new users can get into the experience without spending an arm and a leg—and that covetable NFT collectables won’t just be niche objects of affection for crypto millionaires.