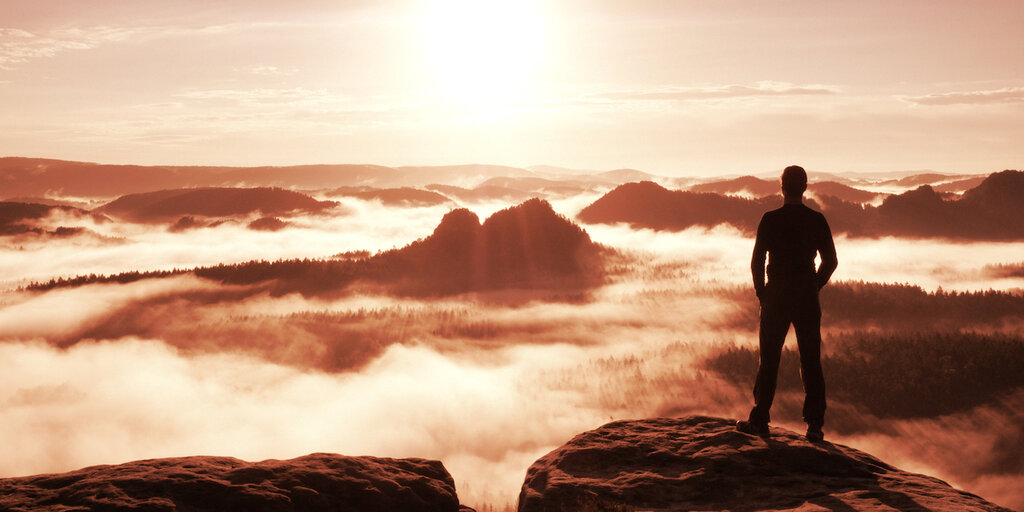 Since its inception, the Ethereum blockchain has run on the same proof-of-work mechanism that powers Bitcoin. But for years, Ethereum developers have been plotting a transition to proof-of-stake, a move that would replace miners with validators while lowering the network’s energy use. Just as importantly, it should allow the popular Ethereum network to process many more transactions per second and reduce fees—and hypothetically do away with big expensive mining rigs.

The upgrades are all part of the larger effort to build Ethereum 2.0. And while Ethereum 2.0 has never had a solid completion date, the new network may become usable sooner than projected.

On a call with Eth2 implementers today (you can listen in the video below), the lead researcher behind the project, Danny Ryan, indicated that he and Mikhail Kalinin of Ethereum 2.0 software client Teku were exploring ways to create a shippable product that saved some features for later. (Teku is a product of Ethereum studio ConsenSys, which also provides funding to an editorially independent Decrypt.)

What is Ethereum 2.0 and Why Does It Matter?

At the moment, we are in Phase 0 of the transition; Beacon chain, which helps coordinate block creation and rewards in the Eth2 network, went live on December 1. The current proof-of-work Ethereum blockchain is operating as normal, while the future proof-of-stake network is running in parallel, like a factory without any products.

With proof of stake, Ethereum 2.0 blockchain users can earn rewards for helping run the network based on the amount of ETH they lock into it, as opposed to the amount of computer power they provide.

The next step is to “merge” the two networks together, like in a marriage. Today’s call was partially about the logistics of that merger. Rent a U-Haul first, or hire professional movers? Paint before we move in, or wait until after we have a sense of the place?

Kalinin’s proposal is an “executable beacon chain,” which would get rid of some of the complexity of the original design. Kalinin today posted a pull request on GitHub that developers can contribute to in order to implement the proposal.

During the general discussion, Ethereum creator Vitalik Buterin, who originated the idea, expressed a desire to move the marriage along faster—or at least explore opportunities to do so.

In response, Ryan said there would be a public call with project stakeholders (such as software clients that people use to run the Ethereum blockchain) about allocating resources within the next two weeks.

Moreover, he said he was working on technical specifications with Kalinin that would lay out the “most minimal merge.”

“That can even be what we bring to mainnet,” he told attendees on the call. “That might forego a handful of features, including say, validator withdrawals.”

Validator withdrawals refer to pulling funds out of the network. So, delaying the integration of this feature would keep people’s ETH locked up in the Ethereum 2.0 contract for at least another three months, depending on when developers decide to add the feature.

It's been a while, but PR is opened. Everybody is welcome to collaborate! Let's work that through to get Ethereum Mainnet onto proof of stakehttps://t.co/C9TOccXf3Y

“When shipping major features, it's always best to at least consider the simplest version of the upgrade and the potential paths to enhance it from there,” Ryan told Decrypt via direct message. “This helps manage complexity and risk.”

Though he declined to speculate on how this might alter the timeline, he indicated, “Simplicity should in general allow us to ship faster and safer.”

The Ethereum Foundation is currently estimating that the merger will happen in 2022 in Phase 1.5 of the roadmap. According to the foundation, “It’s the moment where the Eth2 vision becomes fully realised—more scalability, security, and sustainability with staking supporting the whole network.”

The network could certainly use that boost sooner rather than later. During the latter half of 2020, decentralized finance (DeFi) applications—which provide financial services products such as loans and asset swaps without the middleman—turned into a multi-billion industry. But the popularity of DeFi protocols, mostly built atop the Ethereum blockchain, slowed down the network and sent transaction fees surging to unsustainable levels.

The beginning of 2021 has been devoted to another Ethereum-based phenomenon, non-fungible tokens (NFTs). These are digital tokens that can be used to represent virtual trading cards, collectibles, and works of art. The buying and selling of such tokens is at a fever pitch—just today a work by digital artist Beeple sold for nearly $70 million—and again slowing the network.

Meanwhile, the teams behind competing blockchains such as Solana and Cardano are attempting to siphon off users from Ethereum who don’t want to pay $20 to bid on an NFT auction or $10 to trade tokens.

For those eying a cheaper, faster network, proof-of-stake can’t come too soon.