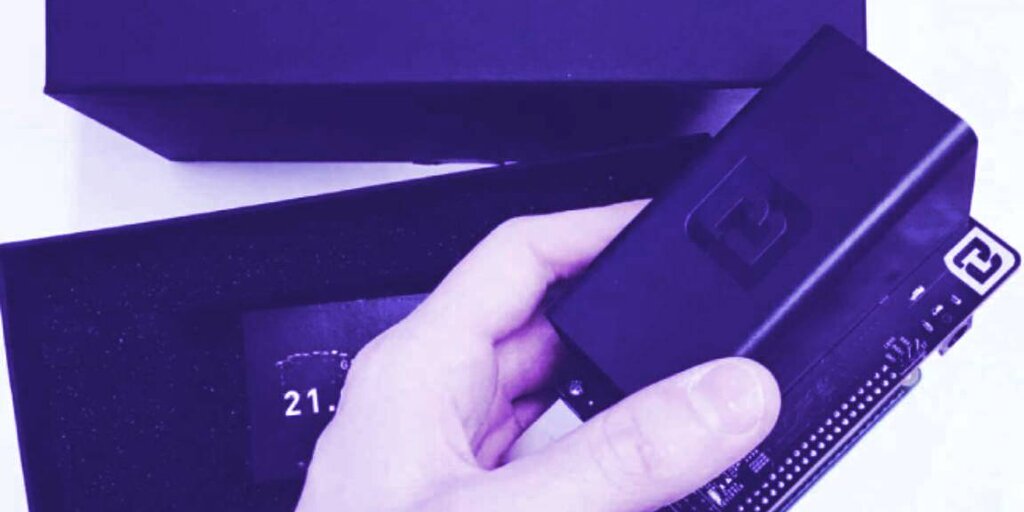 Last week, an important person in my life asked me, in a cautious tone, if they could ask me a question about my new job. (I joined Decrypt on March 1 after spending a decade at legacy media outlets.) I had a feeling I knew what question was coming. The person's question came out like this: "You didn't take the job because you believe in that stuff—like, you agree it's ridiculous, and you don't think it's real, right?"

Well, Bitcoin is certainly real. But I understood what the person meant: Am I a true believer, a crypto crazy? Do I think Bitcoin is going to replace the US Dollar? Do I pray at the Church of Crypto?

No. And I didn't join a cryptocurrency news site in order to pump coins. (I own less than 1 Bitcoin, which I bought back in 2014 as a reporting tool—I believe crypto journalists should own a little bit to play with because they need to test out the exchanges and products they write about.)

I suspect any journalist who has covered crypto for a few years believes, at the very least, that the technology is interesting, exciting, and potentially transformative. Crypto is cool, even for non-coders. (I still remember the thrill of playing with the 21 Bitcoin Computer, a handheld mini mining rig—really it was just a souped-up Raspberry Pi—from Balaji Srinivasan's company 21, which he later rebranded Earn and sold to Coinbase.)

I have heard the same person say to me, "When I hear the word crypto, my eyes glaze over."And that's perfectly fine. Bitcoin skeptics still abound, and I understand their skepticism. Bitcoin didn't exist, and then it did, and 11 years isn't so long in the big scheme of things. For a lot of people, it's hard to see how something created out of thin air by a pseudonymous person in 2009, that you can't physically touch, could be worth $60,000. (And who's to say what the 'right price' is for Bitcoin?)

But I do believe something has changed in the last few years, since the mania of late 2017, when many onlookers viewed Bitcoin as a punchline: a larger number of people than ever before at least acknowledge that Bitcoin is something that exists and will continue to exist. They may dismiss it as boring, or nerdy, or stupid, or avoid it as an investment, but it's clear that Bitcoin isn't about to vanish or collapse tomorrow.

LSE Economist: You Don't Want to Live in a World Where Bitcoin Succeeds

But those sound bites were almost all from a few years ago, mostly in 2017 amid the notorious ICO boom, when crypto startups made millions through "initial coin offerings" of tokens that, in most cases, served no purpose and had no product behind them. Apart from Roubini, none of those folks have repeated their sentiments at any time recently.

Jamie Dimon has repeatedly walked back his comments, saying in 2018 he regretted calling Bitcoin a fraud, and saying in 2020 that it's "just not my cup of tea" and that "very smart people" are investing in it. His own bank just filed with the SEC to start offering a "cryptocurrency exposure basket" to clients. His rival bank, Goldman Sachs, is relaunching its Bitcoin futures trading desk this month.

As for Prince Al Waleed's comparison to Enron, billionaire investor and Dallas Mavericks owner Mark Cuban earlier this month, in an interview with Decrypt, said pretty much the opposite: He raved that if industries like healthcare and insurance start embracing blockchain record-keeping, "There'd be no Enrons. You wouldn't have the level of fraud that you have now."

Perhaps that list makes crypto look more gimmicky than serious, but if you'd prefer serious Wall Street investors, take your pick of these hedge fund names: Bridgewater's Ray Dalio; SkyBridge's Anthony Scaramucci; Paul Tudor Jones; Stan Druckenmiller; Bill Miller; and Cathie Wood of ARK Invest have all gone long on Bitcoin in the past year. Or how about these publicly traded tech companies that have bought up Bitcoin for their balance sheets: Square; Tesla; MicroStrategy; Meitu; and Aker ASA are all now holding.

The point is: It's no longer so easy to say they're all wrong, and dismiss Bitcoin out of hand.

Sure, you hear some folks say that Elon Musk (Tesla), Jack Dorsey (Square), and Michael Saylor (MicroStrategy) were already crypto-inclined, and are hardly representative of the mindset of other CEOs. And some people still point to the crippling 65% price crash of February 2018 as reasoning for why they expect the same to happen again.

Another "crypto winter" is absolutely possible. But the next time that happens, having now seen what happened after the first big crash (the price eventually rebounded to its previous $20,000 high, then tripled), I bet more people will hold on, and not panic-sell.

And it's not going to zero. That's long been another popular sound bite of Bitcoin bears: that the world's first and largest cryptocurrency could "crash to zero." It has never gone back to zero since it started, and it's extremely unlikely.

Certainly there are concerns about Bitcoin's energy usage that are fair to point out, though the Ethereum blockchain is attempting to move to a "proof of stake" model that should hypothetically do away with expensive mining rigs that suck up energy. And the potential price bubble in the NFT market, along with new concerns over ownership, threaten to detract from the promise of Bitcoin. (Some are comparing the NFT explosion to the ICO boom.)

But Bitcoin is likely to remain. A report from Deutsche Bank this week crowns Bitcoin "too important to ignore." I'd frame it differently: ignore it if you wish, but you should also ignore anyone still telling you that Bitcoin is going to collapse.

This is Roberts on Crypto, a weekend column from Decrypt Editor-in-Chief Daniel Roberts and Decrypt Executive Editor Jeff John Roberts. Sign up for the Decrypt email newsletter to receive it in your inbox in the future. And read last weekend's column: Bitcoin and Uncle Sam: It's Complicated.