A Fidelity Bitcoin ETF Would Be Everyone's Gain—But Grayscale's Pain 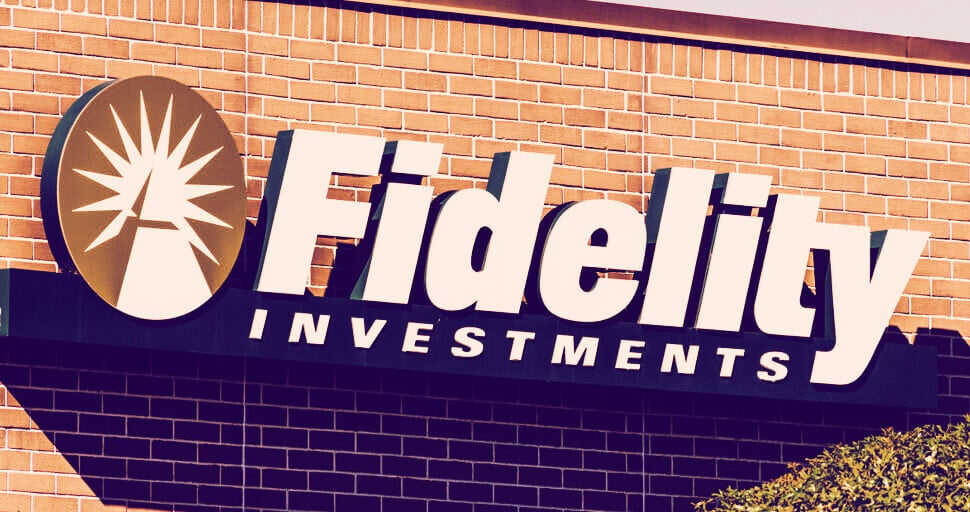 This time it's different.

For years, Bitcoin companies have been banging on the SEC's door in hopes of launching a Bitcoin ETF—only to have the agency reply with a hard no. But now one of the companies at the door is the mighty Fidelity Investments, and that's likely to be a game changer.

In case you missed it, the Boston-based financial giant dropped paperwork this week to create an ETF (exchange-traded fund) called the Wise Origin Bitcoin Trust—a name some say is derived from the Japanese kanji for Satoshi Nakamoto. If approved, Fidelity's Bitcoin fund would be traded as shares on public stock exchanges alongside the company's other ETFs dedicated to bonds, blue-chip stocks and other assets.

If this comes to pass, it would be a huge win not just for Fidelity but for everyone who owns Bitcoin. The approval of a Bitcoin ETF would add another sheen of legitimacy to cryptocurrency and, more importantly, it would lead to a flood of new investment from both retail and institutional clients. All of this would likely cause the price of Bitcoin to moon, as they say.

None of this is a sure thing, of course. As noted, the SEC has emphatically rejected dozens of previous Bitcoin ETF proposals, typically on the grounds of potential market manipulation. In the case of Fidelity, however, the firm brings an aura of old-school respectability that other applicants have lacked, and its proposal relies on pricing the Bitcoin from a variety of spot markets, including Bitstamp, Coinbase, Gemini, itBit, and Kraken—an approach likely to assuage the agency's fears about manipulation.

Finally, Fidelity and its lawyers—who are well versed in the politics of the SEC—likely chose to file now because they sense the timing is right with a new president and SEC chair.

The upshot is that everyone is poised to be a winner: Fidelity; Bitcoin investors; and even the SEC, which has faced criticism for obstructionist policies on crypto.

Well, almost everyone will be a winner.

If the SEC does grant Fidelity an ETF, one clear loser will be crypto stalwart Grayscale Investments. For years, Grayscale has enjoyed a lucrative cottage industry by packaging Bitcoin as shares in the GBTC trust—a legal loophole that gets around the SEC's ban on Bitcoin ETFs and one that, for whatever reason, no one else has effectively copied. The arrangement has seen Grayscale create new shares in the trust several times a year and sell them to wealthy investors who, in turn, have flipped them for a premium to retail investors six months later. For its trouble, Grayscale collects a fat 2% fee.

The advent of an ETF means Grayscale's cozy niche is poised to implode. Indeed, the bottom may be falling out already as shares in Grayscale's trust—which have always traded at a premium to the price of the underlying Bitcoin—have been trading below the price of Bitcoin in recent weeks. Meanwhile, professional investors have grown skittish about buying more shares. The reason for the slump is not entirely clear, but the best bet is that investors recognize the ETF writing is on the wall—and are waiting to buy an ETF whose expenses will be a fraction of Grayscale's trust.

This does not mean Grayscale is doomed. As Decrypt's Tim Copeland reported this week, Grayscale may convert its trust to an ETF of its own when the time is right. If this transpires, the returns would not be as lucrative for Grayscale but it could help the company reel in a broader pool of customers, and remain a major player in the Bitcoin market. In the meantime, the company will benefit from its able management team and a balance sheet that is bulging after a record 2020 performance. At the same time, Grayscale will be able to enjoy a quasi-monopoly on shares of other cryptocurrencies, via its trust loophole, even after the SEC approves a Bitcoin ETF.

Will Grayscale Convert GBTC to a Bitcoin ETF?

All of this underscores how the financial pillars underlying the Bitcoin economy are poised to shift in 2021 as Fidelity and other big dogs from traditional finance push deeper into crypto territory. The phenomenon is likely to benefit everyone with a stake in Bitcoin, delivering higher prices and more participants. There is no reason to think everyone can't be a winner—possibly even Grayscale, if it plays its cards right.

This is Roberts on Crypto, a weekend column from Decrypt Editor-in-Chief Daniel Roberts and Decrypt Executive Editor Jeff John Roberts. Sign up for the Decrypt email newsletter to receive it in your inbox in the future. And read last weekend's column: Bitcoin Is Real.