Who Gets Custody of Kim Kardashian’s Bitcoin in the Divorce? 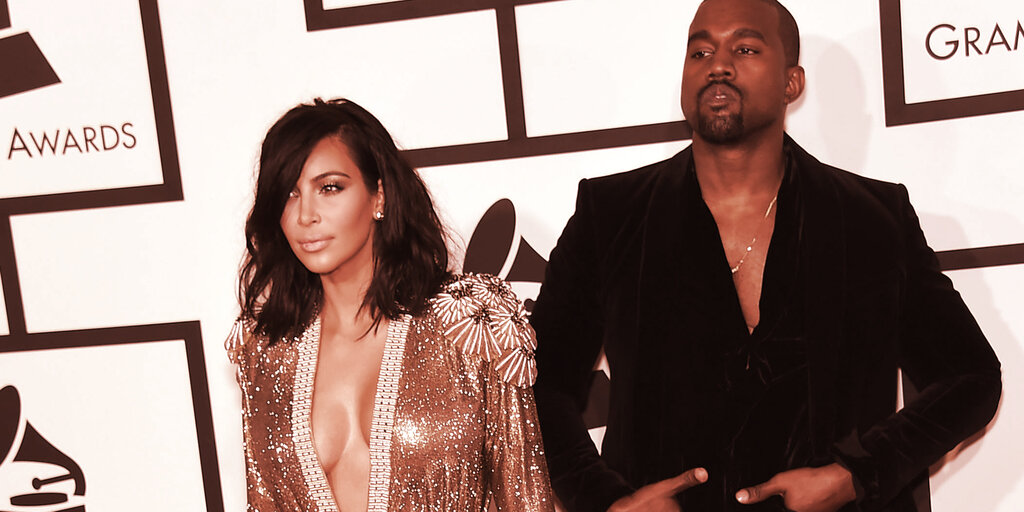 [Editor's note: This article has been updated from its original version, published January 6, to note that divorce paperwork has been officially filed.]

According to reporting from celebrity publications TMZ and BuzzFeed, Kim Kardashian has filed divorce paperwork in Los Angeles County Superior Court. (Page Six reported last month that the socialite and rapper Kanye West were headed for a hard fork after six years of marriage.)

While America is shocked—shocked!—by this completely out-of-the-blue news that no one could have seen coming, a mourning nation now wonders about the upcoming custody battle. No, not over the couple’s four children—over the Bitcoin she apparently owns.

In July 2018, Matthew Roszak, chairman and co-founder of blockchain technology firm Bloq and founding partner of Tally Capital, publicly gifted Kim Kardashian 1 BTC, then worth about $8,000. It’s probably a pittance compared to her income, a point Roszak concedes.

Roszak told Decrypt, “While I’m sure the assets involved are substantial, I’m pretty certain that very few of them quadrupled in value over the last two-and-a-half years.” After all, that Bitcoin is today worth north of $33,000.

Regardless of its value, her Bitcoin will nonetheless come up in divorce proceedings.

Norman Fernandez, a California-based attorney, told Decrypt, “In California it would be treated like Community Property unless they have a prenuptial agreement, which they probably do.” (We checked: They do, but it’s unclear what their prenup says about gifted digital assets.)

Community property refers to a type of income or property acquired after a marriage. Spouses equally own it. And, thus, it can be divided as part of a divorce.

Bari Weinberger, partner at Weinberger Divorce & Family Law Group, wrote in 2019 that there are two ways of dividing cryptocurrency holdings in a divorce. The first is to sell the Bitcoin and split it. However, given the length of divorce proceedings and the volatility of the coin—just last month BTC was worth less than $20,000—that’s not always the best strategy. Someone will likely end up short. Plus, selling the coin has tax implications.

Unlike other assets such as paintings or houses, however, Bitcoin can easily be divided without being sold. Wrote Weinberger, “Another strategy is to simply set up a unique digital wallet for the other spouse and [send] their share of the Bitcoin to the wallet.”

But that’s just the Bitcoin we know about—and it presumes that Kardashian still controls it.

Roszak, who has also gifted BTC to Richard Branson and Bill Clinton, was mum to Decrypt: “As to whether she HODL’ed it? I don’t know and it would be improper to say anything if I did.”

Let’s say Kardashian got a taste for Bitcoin after her gift from Roszak and decided to buy more without informing West. West’s lawyer could ask Kardashian to supply bank and credit card statements to determine if she purchased assets on, say, Coinbase. And the lawyer can ask for private keys to make sure.

“If a court has personal jurisdiction over the other spouse, the court can order that spouse to provide the private address, just as a court could order them to provide account logins and passwords,” wrote Richard West and Jonathan Fields for the Journal of the American Academy of Matrimonial Lawyers in 2020.

The point is more than academic. A February 2018 Vice article alleged a rash of disputes in the UK as divorcing couples worried their partners were using cryptocurrencies to hide assets.

Alternatively, Kardashian might want to investigate West’s crypto dealings. The rapper famously told podcaster Joe Rogan—and his legion of listeners—in October 2020 that Bitcoiners “are guys that really have a perspective on what the true liberation of America and humanity will be.”

Did he buy any, though? Or did he spend all his fiat on holograms and half-hearted presidential runs?

There’s actually a legal term for the squandering of shared marital assets (though not necessarily via political campaigns): dissipation. And, as Richard West and Jonathan Fields note, dissipation could theoretically apply to buying Bitcoin, as it could to gambling. “Because the Bitcoin market is especially volatile, some courts may regard losses as dissipation of the marital estate,” they wrote.

Of course, given the way prices have been shooting up, that’s probably not an issue here.

Stay tuned to Keeping Up With the Kardashians to find out how it ends!