The Rise of Bitcoin Influencers: Evangelizing and Moving Markets 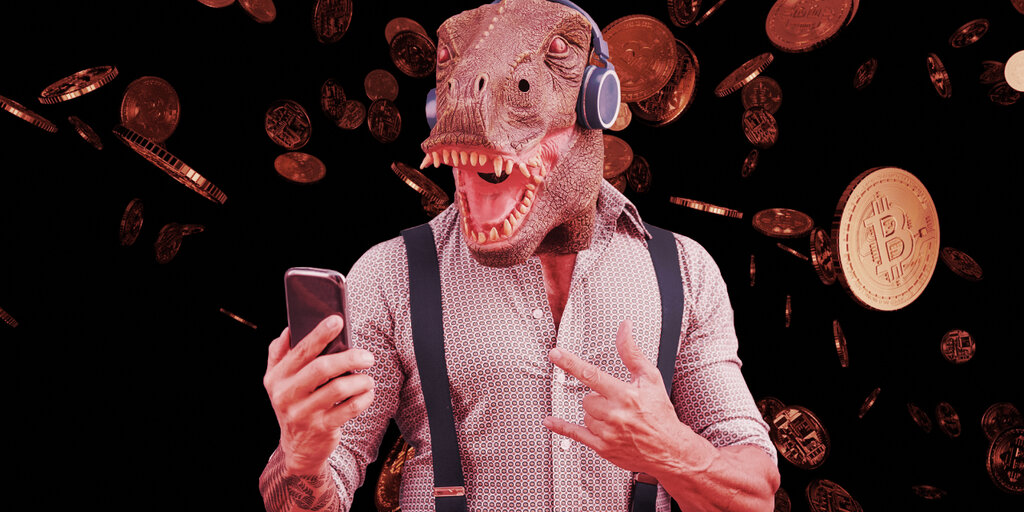 Anyone scrolling through social media will be able to discern the work of influencers—people who monetize their online fame with paid shout-outs to brands, like carefully-framed engagement photos or a motorbike accident with a conveniently-placed product in shot.

Crypto's influencers can be just as brazen and shameless. A single tweet can pump a coin or crash a project—with many influencers holding positions in the projects they tweet, blog or stream about. But it’s not just self-serving, experts and analysts told Decrypt. Crypto influencers play a vital role in the community; some think we should thank our lucky stars that they’re here.

In 2017, John McAfee, the creator of the eponymous anti-virus software, monetized his fame and credentials to promote ICOs; he admitted to charging $105,000 per tweet, and as revealed by Decrypt in 2019, he also took a massive percentage of a coin’s total supply—among other things—to promote it.

"I don’t think things will ever be as crazy as it was in 2017," Joshua Frank, CEO of The TIE, a company that provides digital assets, told Decrypt. The market conditions have massively changed since then and the era which gave rise to McAfee is long over, he explained (it’s also over for McAfee himself).

Who Are The Biggest Bitcoin and Ethereum Influencers?

Crypto influencers are now a dime a dozen (or a satoshi a… billion?) and are a diverse bunch. Broadly, they refer to anyone who is, well, influential, whether that be by promoting a project to pump the price of a coin, securing some funding, or spreading the gospel of Bitcoin to anyone who’ll listen. Some make money by plugging products (such as sponsored content) and others by promoting products in which they hold a large stake. And others yet have no financial motive at all, apart from promoting (or, in some cases, denouncing) the cause of crypto.

Given how broad their aims are, it’s difficult to quantify their influence. Lunarcrash, a cryptocurrency-focused social media analytics company, maintains a leaderboard of Bitcoin influencers that make the most noise. Top of the rankings is Anthony "Pomp" Pompliano, a founder and partner at Morgan Creek Digital Assets who hosts his own crypto podcast and tweets to his half a million followers.

Next up is—who would have thought—Euro Pacific Capital CEO and arch-Bitcoin-skeptic Peter Schiff. Influence doesn't have to mean positive influence, after all.

But focusing on social media overlooks less public-facing Bitcoin influencers, said Ryan Gorman, co-founder of Trade the Chain, a company that provides AI-driven crypto sentiment indicators. Government figures such as Brian Brooks and Gary Gensler also have a huge effect on the crypto space, he explained. They influence "not just by individual tweets, but also through actions."

Patrick Stanley, founder of Freehold, a company that promotes Bitcoin hodlers, told Decrypt that crypto influencers are a necessity for the survival of the industry.

"Just as you can’t really have a religion without priests," Stanley said, "they too are a natural and necessary occurrence in the Bitcoin space."

He said that the job of a crypto influencer is to implant an idea into the minds of their community. His prototypical example of a Bitcoin influencer is Saifedean Ammous, who wrote the book The Bitcoin Standard. "Ammous converted many people into hodling Bitcoin," Stanley said.

And the Winklevoss twins, founders of crypto exchange Gemini, also fit the bill, as they are "hodlers with documented skin in the game."

#Bitcoin is a swarm of cyber hornets serving the goddess of wisdom, feeding on the fire of truth, exponentially growing ever smarter, faster, and stronger behind a wall of encrypted energy.

MicroStrategy CEO Michael Saylor is too, as he is "a number-one hodler with billions of dollars after having an epiphany." Saylor most recently made headlines for his Twitter interactions with Bitcoin’s fast-emerging poster boy, Elon Musk, whose tweets move markets in crypto and beyond.

Although Musk’s name pops up every time Bitcoin influencers are mentioned, can he legitimately be considered one, despite his lack of active participation in the space? After all, Musk's company Tesla Motors might have bought $1.5 billion in Bitcoin, but Musk himself is only known to hold 0.25 BTC.

How much for some anime Bitcoin? pic.twitter.com/itqRslFNcb

Vezzani says that is not a reason to exclude him from the list—quite the contrary. "Simply by mentioning Bitcoin in a tweet," he said, "Musk will drive millions of engagements and hundreds of thousands of comments." His social-media virality makes him a top Bitcoin influencer, according to his leaderboard’s methodology—and arguably also for others who consistently cite him in their short-lists of Bitcoin influencers.

The exception to that consensus is Odysseas Sclavounis, a doctoral researcher at the University of Oxford. Sclavounis, who specializes in blockchain governance, told Decrypt that those widely considered to be Bitcoin influencers are public-facing personalities whose only stake and interest is in Bitcoin's price, which is uncorrelated with the technology’s development.

"There is a wide gap between what a lot of people are interested in—which is the price—and the fundamental technology underpinning Bitcoin. Like its protocol development, which many don’t care about—even though that’s what shapes Bitcoin in the long run," he said.

The true Bitcoin influencers for Sclavounis are figures like Adam Back—the inventor of Hashcash, which is used in the Bitcoin mining process. "But obviously he’s not a public-facing, price-touting figure that people seek," he told Decrypt.

The shifting role of Bitcoin influencers

Against a thickening fog of information overload, Bitcoin influencers have an opportunity—or a duty—to play a public role as some sort of gatekeeper or clearinghouse officer.

"Bitcoin influencers serve the purpose of a ‘curator’ for their audiences," Steven Kalifowitz, CMO of Crypto.com, told Decrypt. "These individuals keep tabs on what’s hot, helping their audience understand what’s going on at any given moment." They help investors navigate the 24/7 news cycle and make sense of a plethora of developments, such as decentralized finance and crypto collectibles.

Perhaps nobody exemplifies the image of an influencer as a "white blood cell" better than Meltem Demirors, chief strategy officer at CoinShares, a digital assets firm. Demirors, who self-identifies as a "corporation" according to her Twitter bio, relentlessly defends Bitcoin against what she calls "classic FUDs"; most recently, "the classic mining FUD," a response to Bloomberg’s op-ed calling out Bitcoin’s carbon footprint.

ah, love the classic mining FUD cycle it’s not like we spent the last three years debunking this

That conception of Bitcoin influencers as frontline fighters is also echoed by Dan Reecer, VP Growth at Acala, a DeFi project built on Polkadot. He told Decrypt that Bitcoin needs people like Demirors advocating Bitcoin before Congress, or Caitlin Long leading regulatory efforts in Wyoming. "Bitcoin needs more people who will step into boardrooms, government offices, and regulatory meetings advocating and fighting for what’s best for a decentralized Internet and financial system."

David Mercer, CEO of LMAX Group, wonders if the focus on individuals clouds the issue. "There is only one real influencer," he said, pointing to Tesla’s $1.5 billion Bitcoin buy, "and that’s the flow of money."