Inside the Fight Against India’s Proposed Crypto Ban 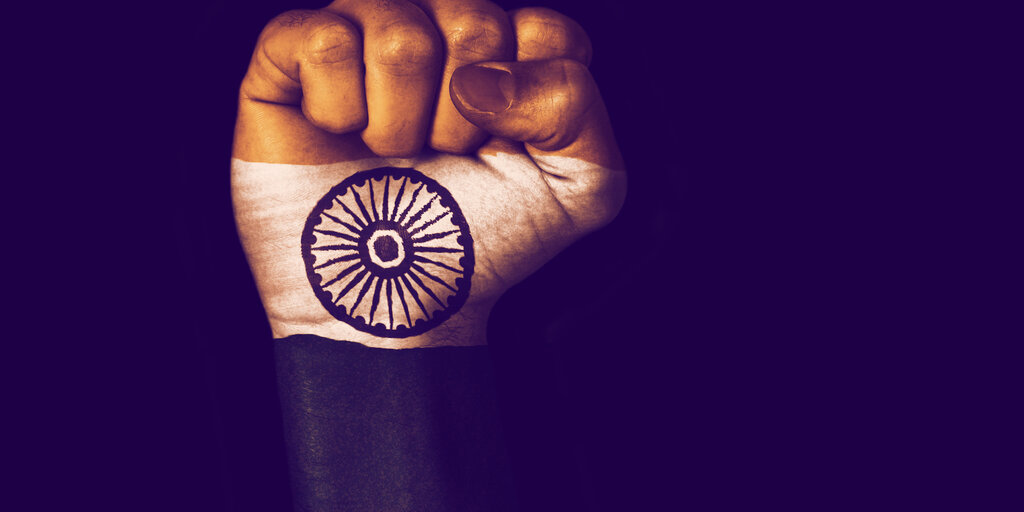 Indian crypto businesses are waging war on a government proposal to “ban all private cryptocurrencies.”

Last month, the Indian Parliament tabled the “The Cryptocurrency and Regulation of Official Digital Currency Bill, 2021.” The bill seeks to ban all “private cryptocurrencies”, save for certain unnamed exceptions, and introduce a framework for a central bank digital currency (CBDC).

In response, Indian crypto firms are trying to convince the government to regulate cryptocurrencies rather than ban them outright.

“As the news hit the headlines, there was this initial FUD among the industry,” Sohail Merchant, CEO of the Indian crypto exchange PocketBits, told Decrypt, “but that has now subsided and the industry is speaking up about the benefits of cryptocurrencies.”

PocketBits is one of the members of the Blockchain and Cryptocurrency Committee (BACC), part of the wider tech industry association Internet and Mobile Association of India (IAMAI).

The committee includes other cryptocurrency companies that operate in India, such as Binance, Unocoin, CoinDCX, ZebPay, WazirX, Luno, and Coinswitch. All are pushing for regulation of cryptocurrencies rather than prohibition.

Watch our CEO @smtgpt's views on the positive impact on the Indian economy by regulating the crypto industry in @moneycontrolcom 's Masterclass event.

From the front lines

Their efforts have not fallen on deaf ears. The industry-wide #IndiaWantsCrypto Twitter campaign has attracted tens of thousands of users and indiawantscrypto.net has sent out 15,000 emails to members of parliament, Bloomberg Quint reported earlier this month.

Banning Bitcoin now will be like Banning Internet in the 80's#IndiaWantsBitcoin pic.twitter.com/ruVXKvD6qQ

“[The] government is now actually listening to us thanks to that online campaign,” Zakhil Suresh, founder of crypto fantasy trading app SuperStox, told Decrypt. “And that’s a very good sign.”

Anurag Thakur, Indian Minister of State for Finance and Corporate Affairs, said in an interview with ETV Bharat last week that the crypto ban is an important matter as “[he] sees much buzz on social media about it.”

But it could be an uphill battle. “The government is likely to pass a bill on cryptocurrency in this parliament session,” said Thakur.

A long road ahead

The draft bill has a long way to go before it becomes law.

The bill may be introduced when India’s parliament is in session: between March 8 and April 8. If it’s introduced, the parliament will publicly disclose the details of the bill before debating it in the Lok Sabha, the lower chamber of India's parliament.

Should the majority of MPs in the Lok Sabha vote in favor of the bill, it will progress to the Rajya Sabha, the upper chamber. If it is met with approval there, the bill will become a law, so long as the President of India grants the final approval.

This isn’t the first time the Indian government considered anti-crypto legislation. A 2019 draft bill proposed harsh measures, such as one to ten years of imprisonment in cases of “direct or indirect use of cryptocurrencies.”

Suresh told Decrypt that he expects the current draft bill to be almost the same as that previous legislative effort that didn’t come to fruition–except it now contains a clause about a CBDC.

Indian Crypto Regulation Bill: To Panic Or Not To Panic

"Clarity is a must in a world full of #FUD"https://t.co/mNpgCacHBk#BitcoinSahiHai #Bitcoin pic.twitter.com/1B1AC8C09S

Sidharth Sogani, CEO of the Indian crypto intelligence firm CREBACO, told Decrypt that the crypto industry learned that pressuring policy makers paid off since the government sidelined the 2019 bill. He now spearheads another industry pressure group, the Association for Blockchain, Crypto, and Digital Asset Entrepreneurs (ABCE), which is currently being officially formed.

Why is India considering banning crypto?

Subhash Chandra Garg, the Indian official who drafted the 2019 anti-crypto bill, said in a public webinar last year that the government is concerned with everyday crypto use.

#TheCryptoConundrum | '75 lakh Indians have invested in #Cryptocurrency', says Sumit Gupta (@smtgpt) of @CoinDCX in a conversation with @ShereenBhan. Adds, 'India should not be left behind when globally there is a shift towards cryptocurrencies' pic.twitter.com/zGNzGVj2Gl

“The government is concerned with crypto’s use as an alternative to the rupee, and other associated problems such as money laundering, capital flight, and so on”, said Merchant, who attended the webinar.

But the man behind the draft bill is fine with the use of crypto as a store of value, Merchant explained. He said that the global adoption of Bitcoin as a store of value has been the most significant change since the 2019 draft bill, so simply recycling the same bill doesn’t make sense.

Now the groups are trying to teach the government how to regulate crypto.

For Merchant, the regulatory inspiration India is Japan, where crypto as an asset is regulated, and the country’s increasingly moving towards a more crypto-friendly direction.

#Bitcoin can not be banned, as it's a decentralized network
-all the countries G20 accept it and none have banned it.#IndiaWantsCrypto

“Our end goal is to make sure that India does not miss out on Web 3.0 and help the country become a $5 trillion dollar economy,” said Merchant.

Soghani’s firm has partnered with Khaitan&Co, a law firm, to draft a framework for regulating crypto assets in India.

The framework proposes, among other recommendations, licensing exchanges in the country so that they are subject to anti-money laundering laws, just like other financial institutions in the country. It points out that regulation could also generate revenue for the government since exchanges will have to pay taxes. That report has now been submitted to the government.

Soghani cautioned against delaying the regulatory certainty that the crypto industry and investors need. “India should regulate it as soon as possible, as the markets are strong and bullish now.”

“Or else,” he said, “Indians shall lose the opportunity.”