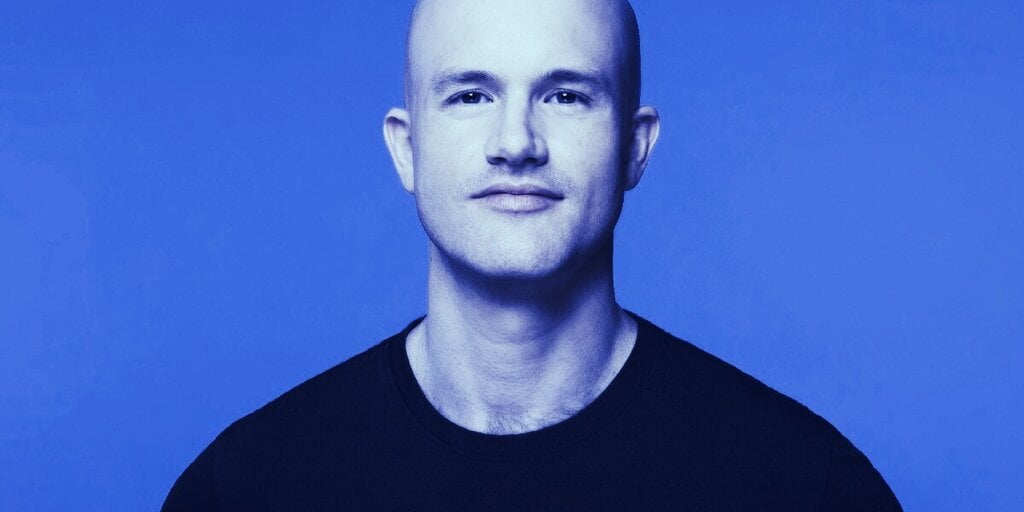 As Coinbase prepares to go public in the coming weeks, early reports suggest the company will be worth around $104 billion. That figure has led Bloomberg and Axios, among others, to note that the cryptocurrency giant's public listing will be the most valuable of any U.S. tech company since Facebook.

At first blush, the comparison between the two companies is far-fetched. Facebook is a household name around the world and has over two billion monthly active users, while Coinbase still occupies a relative niche, slinging Bitcoin for a core client base of crypto hobbyists. The company has signed up over 40 million customers but, as its public listing paperwork revealed, only 2.8 million use it in any given month.

In the case of Coinbase, buying in at a $100 billion valuation is a wager that the company will grow into a colossus that will one day pull in the profits to justify its eye-popping price tag. And right now such a wager—though risky—is not so far-fetched.

Just as Facebook went from a silly platform for college kids (anyone remember "pokes"?) to a mainstay of our online lives, Coinbase is poised to be much bigger than just Bitcoin.

In time, the company is likely to become the backbone of a new financial world. That world will be built on a new technology stack of blockchains and digital tokens, and Coinbase's mastery of this tech means it is poised to disrupt banks and stock exchanges. Indeed, a hint of its ambitions can be found in its recent paperwork, which alludes to plans for a digital currency of its own.

If all that's too abstract for you, consider the financial figures Coinbase just posted. For starters, the company is profitable: It made $322 million last year and, based on the recent Bitcoin bull run, is likely to exceed that in the first quarter of 2021 alone. That's remarkable given that 85% of companies that go public these days are losing money, and that other one-time stars of the unicorn set are losing it hand over fist. (Looking at you, Uber and Airbnb). And unlike the other buzzy public listings of recent years, Coinbase is built to be a bank. And banks make money.

Then there is the Andreessen Horowitz factor. The venture capital firm, and its eponymous partner Marc Andreessen, is one of Coinbase's biggest backers, and has a track record of selecting startups that have the potential to ride networks and create a virtual monopoly in an emerging field of tech. Fifteen years ago, one of those bets was Facebook. Today, it is Coinbase, which not only has an enormous first-move advantage, but has also been on an enormous M&A spree that is letting it acquire potential competitors before they become threats. That strategy, of course, is the very one Facebook has long pursued—gobbling up the likes of WhatsApp and Instagram and other would-be challengers to its empire.

Andreessen Horowitz's similar stamp on Facebook and Coinbase don't just extend to business strategy. Andreessen himself has long been a mentor to Mark Zuckerberg and, in the last two years especially, has exercised an outsized influence on Coinbase's CEO, Brian Armstrong, as well. Today, the firm and its founder have also put all their chips in on crypto, and it's a safe bet they will be a hidden hand guiding Coinbase for years to come.

All of this doesn't mean, of course, that Coinbase is on a glide-path to enjoying Facebook-style domination.

The company is overly reliant on trading commissions for its revenue—commissions that will come under pressure as other companies like Robinhood and Square fully lean into crypto too—and has struggled to develop other popular products or income streams. Meanwhile, unlike Facebook, Coinbase will have to navigate cyclical shocks. Unlike social networks, which people use constantly, the emerging crypto industry has been marked by crazy booms (like the current one that took Bitcoin to $50,000) and long stretches of "crypto winter" where prices and trading activity fall off a cliff. While Coinbase has a cash hoard that will see it through the next winter, the downturn—and the scrutiny that goes with being a public company—will increase the pressure for Armstrong to show his company is more than a one-trick trading pony.

Despite these red flags, the clamor to snap up Coinbase shares on the private market suggest the smart money (and some stupid money) believes the company is built to last. When its shares hit the public markets in the next few weeks, they will likely enjoy a pop that has accompanied other recent public listings—and likely an even bigger one since, like Tesla, it will have the support of an army of fan-boys and crypto true believers.

This is the inaugural edition of Roberts on Crypto, a weekend column written by Decrypt Editor-in-Chief Daniel Roberts or Decrypt Executive Editor Jeff John Roberts. Sign up for the Decrypt email newsletter to receive it in your inbox in the future.