The Hottest Decentralized Apps (Dapps): From DeFi to Games 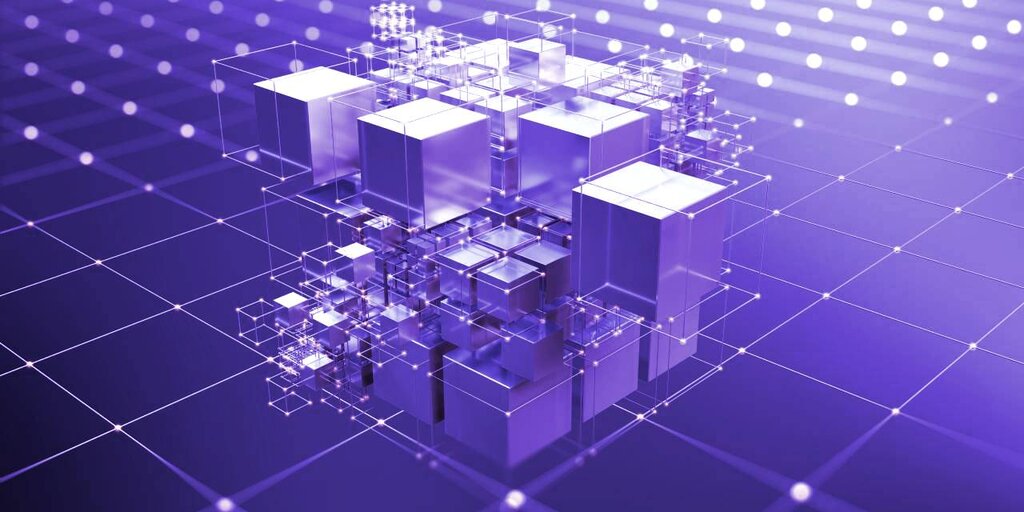 It’s impossible to navigate today’s crypto space without coming across decentralized applications, or dapps. Like regular apps, dapps have a broad range of use cases: there are financial services, decentralized file storage platforms, and even games.

Unlike regular apps, decentralized apps—as the name suggests—are built atop the decentralized infrastructure of peer-to-peer networks such as blockchains.

That means no one entity or person has control of a dapp. Instead, it’s secured by an infrastructure of nodes and crypto tokens. Because of this, dapps benefit from censorship resistance—with no single controlling entity, it’s almost impossible for a government or individual to take control of the network and shut it down.

For the full lowdown on the beginner's guide to dapps, read our full guide here, or feel free to peruse our list of some of our favorite dapps below. They include the most popular dapps based on volume (according to Dappradar) plus our own editorial picks.

Uniswap is an Ethereum-based decentralized exchange (DEX) that lets users swap their ERC-20 tokens. Powered by the UNI token, it’s one of the most popular platforms in the emerging decentralized finance (DeFi) ecosystem. Its swapping function means that it doesn’t have to rely on buyers and sellers to create liquidity. In March 2021 Uniswap launched v3, which brought with it the ability to give users granular control over their liquidity, along with multiple fee tiers.

We are thrilled to announce that Uniswap v3 is now live on Ethereum mainnet!https://t.co/liqYXtQoM2 has been updated to support v3.https://t.co/VeR2ueZfEk

As with most dapps on this list, the first step in using Uniswap involves connecting your cryptocurrency wallet. This is a necessary step in all DEXs, as due to their decentralized nature, there are no on-exchange wallets — you need to use your own. Connecting your wallet is as easy as selecting your chosen wallet from a list. Supported wallets include the popular MetaMask, Coinbase Wallet, and the WalletConnect service; the simplest way to link your wallet is to scan the provided QR code with your wallet app of choice.

Once that’s done, the interface is beautifully simple to use compared to the confusing options, and charts found on traditional exchanges. With Uniswap, all you have to do is select which tokens in your wallet you’d like to swap, and select the token you’d like to swap them for. It’s intuitive, and easy. Thanks to the wallet connection process, you don’t have to faff around with registering an account or providing proof of identity, either.

Uniswap has a flat 0.3% fee per swap transaction. You'll also have to pay Ethereum's gas fees, which can vary and rise substantially for providing or removing liquidity for Uniswap's liquidity pools.

PancakeSwap is one of a number of DEXs that are actually built on Uniswap’s source code. Instead of running on the Ethereum blockchain, however, it’s powered by the Binance Smart Chain. That means that instead of Ethereum’s ERC-20 tokens, you trade in Binance Smart Chain’s BEP-20 tokens; tokens from other blockchains are supported by bridges to those blockchains. PancakeSwap is run by a group of anonymous developers, with users choosing how the platform is governed by voting with its CAKE governance token. Following the Ethereum network’s steep hike in fees earlier this year, PancakeSwap shot up in popularity.

PancakeSwap’s interface is genuinely, for lack of a better word, cute, with cartoon pancakes and smiling bunnies scattered across its homepage. Graphics aside, it’s as easy to navigate as Uniswap, and the wallet connection process is just as simple as Uniswap’s. Being on the Binance Smart Chain means that you can also connect your Binance Chain Wallet, too. Swapping tokens is as easy as selecting trade, then exchange, and selecting what you’d like to trade. You can also stake tokens in liquidity (or in this case, Syrup) pools, along with entering a lottery to win CAKE.

Got 45 seconds to spare?

The platform charges a 0.20% fee per transaction for both makers and takers. As with other exchanges, it has been hacked, and fairly recently too, with $1.8 million stolen from the lottery pool thanks to a successful exploit.

SushiSwap is another DeFi platform powered by the Ethereum blockchain that lets users swap tokens. Its native token, SUSHI, can be used by holders to propose changes to how it operates. Relatively new to the scene, it was created in 2020 by a group or individual called Chef Nomi, based on Uniswap’s open-source code.

Similar to Uniswap and PancakeSwap, connecting a wallet is a simple process. SushiSwap supports multiple networks, including Ethereum, Binance Smart Chain, xDai, Harmony and more. Make sure you're connecting the correct wallet to the relevant chain. If you’re using MetaMask you’ll automatically be asked to swap automatically if a clash is detected, which is handy. Swapping tokens or adding liquidity is as easy as choosing what you’d like from a list, and confirming the transaction.

SushiSwap users pay a 0.30% fee when they join a liquidity pool, in addition to paying a small one-off transaction fee when approving a new token’s pool. In terms of security, SushiSwap has been on the receiving end of some exploits in the past.

Named after the Finnish for ghost (due to the founders’ vision for an open, transparent DeFi platform), Aave is a decentralized lending platform that lets users lend, borrow, and earn interest on crypto assets like ETH, BAT and MANA. Lenders are issued aTokens so that they can collect interest on deposits, while the native governance token is called AAVE.

What Is Aave? Inside the DeFi Lending Protocol

Aave supports a wide range of wallets including MEW, MetaMask, Coinbase Wallet and Trust Wallet, as well as Ledger hardware wallets. Once you’ve connected your wallet, you can easily deposit, withdraw and borrow supported assets, although the interface is busier and a bit more confusing compared to some of the other offerings on this list.

Aave charges a 0.09% fee for flash loans. Similar to other platforms, you’ll also need to pay gas fees for transferring assets. These fees are dependent on the Ethereum network itself, and so vary depending on factors such as network congestion.

What is Axie Infinity?

And now for something completely different: a decentralized game. Inspired by games like Pokémon and Tamagotchi, Axie Infinity allows players to breed, raise, battle and trade all sorts of weird and wonderful creatures known as Axies. The little creatures take the form of non-fungible tokens (NFTs) on the decentralized Ethereum platform, meaning that players own their Axies; they can be stored, transferred or traded at will.

To play, you’ll need to download an app for Mac, Windows, iOS or Android, before connecting a wallet like MetaMask. You’ll have to manually install the app yourself on Android, and the iOS beta is currently full. Once registered you’ll need a minimum of three Axies to play.

Given that at the time of writing, the lowest-priced Axies are around $110 each, it’s far from a casual investment (for a game, at least), so be prepared to part with a chunk of cash before seeing if you can make a profit selling Axies later on down the line. Given all this it’s not exactly a casual, beginner-friendly game, and will take some getting used to, especially for crypto newbies.

What is Alien Worlds?

Alien Worlds is a DeFi NFT metaverse game where users can collect and trade unique digital items. Players can earn or buy NFTs, which are all minted on the WAX blockchain. Players compete for a resource called Trilium (TLM) which is needed to control competing Decentralized Autonomous Organizations (Planet DAOs).

If the description above wasn’t obvious enough, this is far from a casual game, and will probably be more than a little confusing for beginners. If you’re a crypto veteran though, it poses a potentially fun new challenge for honing your skills.

Upland is another blockchain-based game. Instead of creatures, though, users instead can buy, sell and trade virtual properties. These properties are mapped to the real world, and digital assets can be snapped up with both fiat or the UPX coin.

Upland can be easily found and downloaded on the iOS store and Google Play Store, making it more accessible than some of its rivals. The interface will be familiar to anyone that’s played a mobile game before, and is pleasant to look at and use. All of this makes it better suited to beginners compared to some of the more complex games we’ve covered.

Steemit is a blogging and social media platform that’s run on the blockchain, rewarding users with STEEM for both publishing and creating content. Users can vote on posts and comments, which ultimately decide the rewards for the posted content.

Resembling Reddit in some ways, Steemit should be quick to grasp for pretty much anyone. The layout, although basic, is simple and intuitive to grasp, with voting, comments and ‘Resteeming’ functions all clearly labelled.

From games and blogs, we come to music streaming services. Audius is a blockchain-powered streaming platform that lets artists create exclusive content that’s time-stamped and completely immutable. Based on the AUDIO token, which is paid to artists when someone streams their content, Audius enables fans to pay artists directly for streaming their music, with no third parties or middlemen getting in the way. Artists on the platform include the likes of Skrillex and deadmau5—however, you won't find their full catalogues on Audius, and the majority of musicians using Audius are up-and-comers rather than household names.

Signing up is simple enough on both desktop and smartphone, and you can easily upload your own tracks and/or listen to artists. The interface is refreshingly slick, and we’ve actually enjoyed discovering new music. There’s something quite refreshing about using something other than Spotify—and knowing that there’s no middleman makes it feel like we’re directly supporting artists.